To quote Austin Powers, I’m a man, baby… As a guy, quoting movies is part of who I am… And I can work it into a HR/Talent blog entry… From Caddyshack: 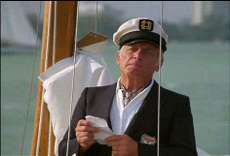 Judge Smails: The man is a menace! Cut that off! Music is a violation of our personal privacy! He’s breaking the law!
Danny: I’ve always been fascinated with the law, sir.
Judge Smails: Really? What areas?
Danny: All areas. Personal privacy, noise statutes….I’d planned to go to law school after I graduated, but my folks won’t have enough money to put me through college.
Judge Smails: The world needs ditchdiggers, too.
Lacey: Nice try.

Here’s the transition – Does your company look for stars only when recruiting, or have you come to the realization that your world needs ditchdiggers too?  Chief Executive magazine cites the growing trend of companies, even elite ones, to go deeper into the talent pool to find what they need.  From Chief Executive’s recent article, "A Counterintuitive Human Capital Strategy":

"Google’s co-founder Sergey Brin recently admitted to analysts that the firm’s high bar for hiring has held back expansion and that the firm will have to make significant adjustments to its hiring process. Like many companies with hiring firepower, Google focused on candidates’ academic performance and favored candidates from elite schools. But the firm is also able to point with pride to new staff members who don’t have college degrees but do boast solid professional track records.

The fact that firms such as Google are paying attention to “academic underachievers” comes as no surprise, given that the stakes for talent are higher than ever. The Information Age has given way to the Talent Age, with human capital fast replacing financial capital as the key differentiator among businesses, especially in the service sector, where superior talent and competitive advantage go hand in hand."

My take is that most of us in the Talent sector understand the value of the "steady, yet unspectacular" performer.  It’s never more apparent to me than when I have a big block of vacancies for the same role.  In the last year, my company has worked to fill 12-13 Account Managers and 12-15 Training Specialists at the same time.  Filling a big order like that seems to get me in the compare and contrast mode, and appreciate the steady candidate who may not be a star.  Invariably, I find the hiring manager for the block of vacancies thinking the same way.  The rationalization usually revolves around 1) whether the candidate has the skills to do the job and can be projected as a "Meets" performer, and 2) the fact that if you have all stars, you ultimately will have dissatisfaction because not everyone can move up in the organization.

Of course, that rationalization assumes you could get all stars for all of your positions, which is unrealistic.

What about you – would you take all stars if you could get them, or would you want some steady (hopefully) low maintenance performers on your team who are content with where they are?