Many folks have weighed in on the cost of Turnover, and these formulas usually center around cost 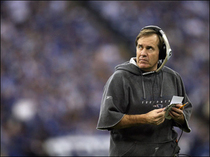 models – what it takes to get folks trained up and productive when hiring new associates to replace ones that were fully trained.   While this is part of the equation, it has been difficult to equate turnover to the cash flow and profitability of an organization.  Whenever I think about turnover and the obvious link to the success of an organization, I always think about people who run organizations that are able to overcome high turnover rates – does Bill Belicheck come to mind?

Hewitt Associates weighed in on the topic in January, launching research related to a new metric they call the Talent Quotient or TQ.   In its briefing introducing TQ, Hewitt outlines the metric as focusing on pivotal employees which are defined as employees in the top quartile as compared to their peers in pay progression.

Hewitt analyzed the HR data of more than 1,000 large companies and 20 million employees to determine the financial impact of human capital programs.  Results showed that the flow of pivotal employees—once again defined as employees in the top quartile of their peers in pay progression—into and out of an organization is a strong predictor of changes in Cash Flow Return on Investment (CFROI) and shareholder value.

According to Hewitt’s research, for the average Fortune 500 company with about $10 billion in sales, a 10-point improvement in TQ Retain could improve a company’s CFROI by 0.7 to 1.6 percentage points on average over three years, or approximately $70 million to $160 million in cash flow.

Although the study is linked to large companies only, it is easy to draw the parallel to small companies, and perhaps to claim that the link is even stronger for the private, non-Fortune 500 company.  Can a smaller company tolerate the loss of these key performers at the same rate as a Fortune 500?