Earlier this week I profiled the recent research concluding that today’s American men have less income than their fathers’ generation did at the same age, according to a new analysis by the Economic Mobility Project. 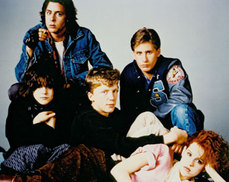 My conclusion?  That globalization has turned many jobs into commodities, which means those jobs likely get shut down and performed somewhere else over time.   As a result, workers often have 2 choices if they can’t find work in the same industry – they can 1) move to a new location where that type of work is plentiful, or 2) reinvent themselves and arm their careers with new and additional skills so they can at least stay neutral on the wage front when change happens.  I wonder what ever happened on this front to the kids from The Breakfast Club?  Did they all do what they would thought they would do?  Or did the smart kid end up traveling from county fair to county fair with the carnival equipment?

But I digress… If a worker doesn’t have the skills to reinvent themselves, the reinvention front often means additional education.  To this end, I stumbled across the following analysis of future costs of a lifetime education by Paul Strassman (hat tip to SystematicHR for including it in a recent entry)

Of special interest to me is Strassman’s assumption that moving forward, workers will need to weather on average eight (8) educational “major model upgrades” over a career – with each "mini-career" lasting 7 years before the educational upgrade is necessary to reinvent themselves.

Whether you agree with Straussman’s cost model or the average length of a mini-career, it’s food for thought that change is always around the corner, and the pace of change in this area has never been more extreme.  To neutralize or turnaround the fact that average wages are dropping in the US, workers will have to take proactive control of their careers.

And surely the Judd Nelson character in Breakfast Club (the thug) isn’t an investment banker on Wall Street….