There’s an article on Forbes detailing the land mines in hiring within the hospitality industry.  Here’s a 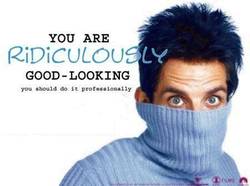 shocker – the competition is fierce in Manhattan and elsewhere in pubs, coffee houses and eateries for attractive candidates.  It seems as if having attractive individuals work for you is good for business, but slippery from a labor law perspective.  From the Forbes article:

"If you are discriminating against people because they are unattractive or overweight, that’s not illegal," says Walker Harmon Jr., head of his eponymous labor law firm in Manhattan.  As for all those trendy eateries and watering holes, the issue is not that the servers are beautiful; it’s that they are young, and in many cases, female.

Some jobs come with a built-in defense: Lawyers call it a "bona fide occupational qualification," or BFOQ. These standards trump protections of hallowed characteristics like gender and age. Example: Priests in the Catholic Church must be male. Yet most distinctions aren’t nearly as clear-cut."

It’s a slippery slope.  Hire the most attractive person, and it’s a hop/skip/jump to an age, race or national origin claim – whether the case has merit or not.  Faced with the choice, most owners of small businesses are going to hire who they want and let the chips fall where they may.

Me?  I’m more interested in exploring the "attractiveness premium" that exists in corporate America.  We all hear that the more attractive you are, the easier it is to get hired, assuming the knowledge, skill and abilities are the same – or even when they aren’t.   Studies exist exploring this premium, and it’s widely held to be true.

I buy that research.  However, I have noticed the "attractiveness premium" can work against candidates in the hiring process.  Here’s the scenario – hiring manager of average attractiveness conducts a search for a spot on their team.  The sharp recruiter on the case (that’s actually been me once or twice) hits the candidate trail and comes up with 3 finalists – one very attractive, one average and one ugly (work with me here people, don’t judge my adjectives) – with similar knowledge, skills and abilities.  The hiring manager works through the process and guess what?  They chose the candidate with average attractiveness or even (gasp) the ugly one.

True story, I’ve seen it happen many times.  Of course, it’s still to your advantage to be attractive in corporate America.  That’s money in the bank.  I’m talking about an obvious exception to the rule – but one I’ve seen play out multiple times.  Additionally, the more experienced the hiring manager, the more likely they are to hire on true skills – they’ve likely been burned a time or two by beauty before brains.

Closing thought – I love Enterprise Rental Car.  Great service, lots of enthusiasm.  All of the reps are kids right out of college who are looking for their first big break.  How is that company not embroiled in legal stuff based on their selection patterns?   What other companies are out there doing selection in a way that might put them at risk for an age-related claim?   PS, if anyone says Wal-Mart, I’m blacklisting your subscription to the Capitalist.

Keep it real, talent magnets of the world.