Remember Danny Ocean from Ocean’s Eleven?  Ocean had all stars because he had referrals (he knew exactly who to hire for each job), he was offering lots of cash and gave each specialist lots of flexibility to run their part of the show.

I recently riffed in my Workforce.com column that the world needs ditchdiggers too, meaning all of us need to value the contributions of the steady, if unspectacular, employee.  After all, you’ve got limited resources, so it’s hard to fill all your open slots with stars.  Someone’s got to make the donuts, and be content with that 3% average increase you’re laying out there.

Ditchdiggers are a necessity, if you run the normal company, when it comes to three areas – 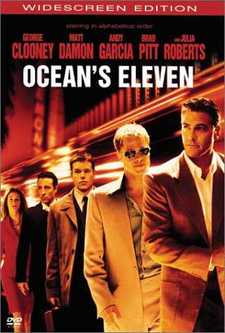 1) Compensation, 2) Flexibility, and 3) Performance Management.   If you’re dealing with normal compensation restraints, you’re going to field a team comprised of a few stars and a bunch of solid performers.  Maybe you’ll throw some flexibility in the work environment to keep it fresh, but at the end of the day, you can’t afford to be too hardcore with the performance management cycle – you’re giving 3% average raises.

Unless you’re committed to a fresh approach in all three areas, like NetFlix.  From a recent article in BusinessWeek on the talent strategy of NetFlix, which compares the DVD rental shop to Ocean’s Eleven:

"Netflix is where Hastings (Netflix CEO) is trying to revolutionize not only the way people rent movies but also how his managers work. Hastings pays his people lavishly, gives them unlimited vacations, and lets them structure their own compensation packages. In return, he expects ultra-high performance. His 400 salaried employees are each expected to do the jobs of three or four people. Netflix is no frat party with beer bashes and foosball tables. Nor does the company want to play cruise director to its employees. Rather, Netflix is a tough, fulfilling, "fully formed adult" culture, says marketing manager Heather McIlhany. "There’s no place to hide at Netflix."

And what happens when someone doesn’t live up to expectations? "At most companies, average performers get an average raise," says Hastings. "At Netflix, they get a generous severance package." Why? Because Hastings believes that otherwise managers feel too guilty to let someone go."

The article’s a good read and provides a solid follow-up to past articles detailing the "we don’t care when or where you work" experiments going on at places like Best Buy and IBM.  The twist to the Netflix model?  Netflix will pay big for your contributions in addition to giving you the flexibility you want, but you either perform or you’re out the door.  Like Danny Ocean in Ocean’s Eleven, they’ll get who they want and pay them well (what did the Ocean’s Eleven crew get?  Something like 11M per convict?), but the stakes are high and the pressure is likely on all the time.  Jail or death in the movie, performance termination at Netflix.  Can’t be an 8 to 5 person in Vegas or at Netflix.

All that cash and flexibility comes at a price.  Make sure you are an "A" player before you sign up.