Should you let your direct reports help you make hiring decisions?  I know, sounds obvious for most of you progressive talent managers out there.

I’ve always been a part of fairly progressive teams in this area, where consensus-building interviewing was 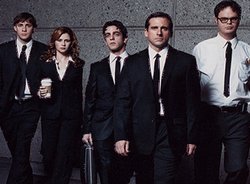 the norm.  My boss would be the one in charge, but all of his/her direct reports would have the ability to interview final candidates.  The expectation, on most of the teams I have been on, is that you have to offer frank feedback on candidates and "vote" for your preference.  The boss held the final decision – but we were expected to weigh in with our thoughts.  I’ve tried to emulate this best practice within my teams and the organizations I support.

But some strong-minded executives don’t want the feedback.  Take the case of A.G. Lafley, Chairman and CEO of Procter & Gamble, who skipped over 78 general managers with more seniority in making a key staff appointment without even consulting the rest of his management team.  From the BusinessWeek case study:

"It was especially shocking to his senior management team when early in his tenure as CEO he skipped over 78 general managers to name Deborah A.Henretta the new head of P&G’s then-troubled North American baby-care division. Even more surprising, Lafley chose Henretta without even consulting his top executive team. Lafley determined that P&G was “technically competent in baby care” but that “our problem was on the consumer and market side.” The business needed a new strategy; one that would be formulated and implemented by a transformational leader, recruited from outside the division. “I wanted someone who had not spent a minute in baby care to go in,” he said. “I wanted a good leader, and an outstanding consumerist and brand person.”

Rather than mobilize a search team, Lafley and Dick Antoine, head of HR, assembled a list of candidates, with Henretta at the top. In making the decision, without the help of his top team members, Lafley lost the chance to get them aligned behind Henretta, who would need their cooperation. Lafley wasn’t sensitive to either the politics involved or the feelings of the senior executives who had their own candidates to put forward.

Lafley informed his key colleagues of the decision early in the day. By 3 p.m., “the revolt was well underway.” Realizing that he had made a mistake, he called the team together and asked each of them to explain why his or her candidate was a better choice than Deb."

What happens next?  Lafley decides he needs to quell the revolt by getting them together to pitch their cases for other internal candidates.  The catch?  He has no intention of changing his mind, instead opting to use the opportunity to educate them on the culture change he is going for.

Take a look at the complete case study (complete with video) here.  While much of the article focuses on the culture change sought by Lafley with the placement, there’s quite a bit of back-patting going on in the analysis for his willingness to seek feedback from his team AFTER he announced his decision.

Is that leadership at its best?  Don’t most progressive leaders seek that feedback prior to making their decision?

I like the new BW format for the business case analysis.  I just don’t get the celebration of Lafley being progressive for not including his direct reports in the hiring feedback loop.  Then he calls them all together for spin with no intent to change his mind?  Great…..