I had a heavy recruiting day on Tuesday.  Nowhere to hide.  Sourcing complete, 35 resumes of qualified candidates, many of them passive and having no clue who I am.  Or who my company is, or why they should want to work for us.

Yep….nothing left to do in the funnel but break the ice and let them know how cool we are to work for. 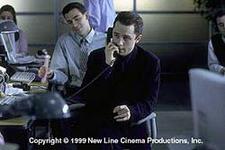 Time to SELL baby….. Time to put my Dickie Vitale game on and find the PTPers (prime time players for you not in the know..)

Here’s the scoop on me.  My Myers-Briggs is an ISTJ.  People are shocked to hear that I am pegged as an introvert (that’s the "I"), presumably because I don’t shut up once I get on a roll.  Or maybe because I can be personable if you get to know me.  Either way, they’re surprised.

But I digress.  Back to the 35 resumes…. There was a golden age of the Internet, I’ll frame it as being between 2004 and late 2006.  During this golden age, everyone you wanted to talk to had an email account and was checking it regularly.  For the ISTJ recruiters like me, that was all the crutch we needed.  Initial contact needed on 35 candidates?  No problem, let me get an "I’m Kris and I’ve got a cool position available" email together, personalize it for each candidate, and send it out 35 times.

During the golden age, the response rate was high and life was good.  Introvert recruiters could thrive and still get the candidates they needed.

Then it all went to hell in 2007.  As far as I can tell, every human in the world at that point had their work email address, and at least 1, if not 3, alternatives.  As for the alternatives they plug as their email address of choice for resumes?  They became bored with it, or maybe just busy in the work email world.  They stopped checking it, and response rates to recruiting pitches via email plummeted.

So, there I was today, looking at the 35 resumes of Sales professionals.  The type of recruit you’ve got to get your Jerrry McGuire on for, especially since none of them were direct applicants for the open slots.

So I sucked it up, put my ISTJ sensibilities in the closet, and made the calls.

You know what happened?  Just like so many times before when the "I" has made me wary of doing extrovert activities (like making the equivalent of sales calls), I found out that once the ice is broken, I actually like doing Extrovert activities.

It turns out the "I" in my ISTJ is very close to the threshold where it turns into an "E", which means, while I may dread extrovert activities, I’m usually happy once I get talking.

But I’m still enough of an "I" to check my email accounts… C’mon people!!