I was talking with a manager who had an accepted offer from a candidate late last week.  The conversation went like this:

Me – How’s your guy doing?  Have you called him since he accepted the offer? (1 week ago at the time of this conversation)
Manager – No.
Me – Why not?  Don’t you think he’d like to hear from you before he shows up to work? 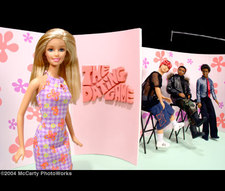 Manager – Why?
Me – Well, he’s still employed even though he told you he’s given a notice.  If they like him as an employee, they might try to show him some love between now and his final day in order to keep him?
Manager – Every time I have accepted a job, the company always just told me what day to show up and I did.  They didn’t make any calls to me before I reported.
Me – I understand what you are saying.   The problem is that we’ve had at least 3-4 instances this year where the company the candidate was at ultimately made a big run at the employee before their last day.  Lost 2 out of 3 of those candidates as a result.  That suggests you need to proactive.   Especially with our metro at 3% unemployment.
Manager – I guess I can, what am I supposed to say?

Hello, Captain Caveman.  It’s like I’m teaching someone to date.  How many days until you call someone after getting a number?  I’ve been married for a long time, so I’ve got no clue in the dating world.  It matters in the recruiting world.

I’m noticing a substantial up-tick in signed candidates opting to stay with their employer after a counter-offer, or who are at least very open to telling us they are going through a counter-offer process.  Counter-offers have been around since the begining of time, but the recent change I’ve witnessed suggests that counter-offers are occurring at much deeper levels in an organization, including support reps and entry-level developers.

Why the change?  My company is in the software business, so I assume the loss of knowledge, for some of the companies we pull candidates from, makes a counter at any level more probable.  I also think that low employment rates contribute to an up-tick in counter-offers.

The one thing that’s money in the bank to squash the counter-offer?  An engaged and interested hiring manager that the candidate will be working for at the new company.  Something as simple as a phone check-in can keep the warmth going and prevent the candidate from accepting a counter that’s not in their best interest.  This type of post-accepted offer marketing will only become more important as the boomers retire, and the Gen Ys and the generations that follow expect you to LOVE them.

My rule of thumb – call every 4 business days until they show up.  Every 3 days if you think they’re at risk.

Of course, you don’t want your old school managers fumbling it like Mikey from Swingers below, so test them if you need to.