I know who my best interviewers/hiring managers are.  Or at least I think I do.   But that knowledge is more intuition than science, because I don’t measure the success of my hiring managers.  Do you?  Probably not, because you have a million things to do.   But for companies ramping up their hiring efforts, it makes sense to track which hiring managers "get it", and identify those that don’t.

How do you measure who makes quality hires?  In a recent BusinessWeek back page column (subscription 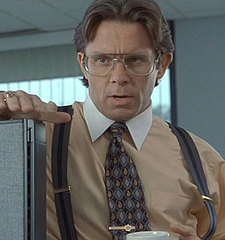 "HERE’S HOW IT WORKS. Every candidate for a job at your company must be interviewed by at least three people in the organization beyond the hiring manager, and each interviewer must sign off with a "Hire" or "Don’t Hire" vote. No maybes allowed. Fast-forward six months. Every new hire gets evaluated by his manager on how he has performed against expectations: below, meets, or exceeds. Soon enough, and with enough critical mass, you can start to compare every interviewer’s "Hire" recommendations with actual performance. For instance, say a manager named Emily has approved 10 candidates and, six months out, eight of them are performing at or above expectations. Emily’s HBA would be .800. That impressive score lets you know Emily is a first-rate evaluator of talent, and she should be rewarded accordingly. By contrast, say Emily’s colleague John has given the nod to 12 hires and, after six months, only four are working out, for an HBA of .333. Keep John in his day job and away from picking people!"

I like the concept, but there are some "must-haves".  To effectively use this type of system, companies have to be OK with using the consensus-building system that Welch describes – 3 to 4 interviewers for each open position, with the hiring manager having final authority but everyone on the team being forced to say "yes or no".   For some hiring managers, this feels like they are giving up control.  They don’t want the feedback, which feels like meddling.   An unwillingness to solicit feedback from others is likely a leading indicator of a low hiring batting average for these types of managers.

Another control issue with this type of metric would be the "gamers" of the system.  It’s plausible that these gamers could simply pledge not to vote "yes" for any candidate who wasn’t perfect or who wasn’t a direct fit for the position in question.  As a result, their batting average might go up, but it would be fairly meaningless since multiple quality candidates might have been missed.  If the hiring manager still decided to hire such a candidate and he/she was successful, maybe you could debit the naysayer and call it a "miss" after the fact.

No system is perfect, and you’d have to fight through these types of issues.  Still, if you are hiring big groups of employees, it might make sense to give it a shot.  Welch also points to the fact that this type of vote might make managers more emotionally invested, which would lead to better employee support and even informal mentoring, which all companies need more of.

Last word – Batting .300 in baseball will make you an All-Star.  In hiring, it makes you unemployed….