Is Samuel Culbert out of touch with the mainstream business landscape? Seriously… In an article he wrote for the Wall Street Journal last week, he pushed for getting rid of performance reviews: 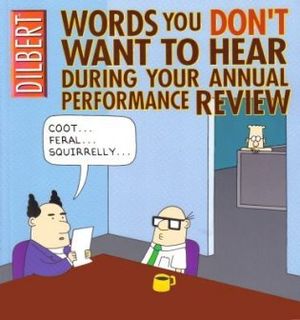 what they should be doing better or differently but I see the primary purpose quite differently. I see it as intimidation aimed at preserving the boss’s authority and power advantage.”

There’s more of that where it came from. Before you read the rest of his article though, let’s first clarify – Samuel Culbert isn’t an HR pro. He has NEVER practiced HR. He’s taught, he’s written, and he’s “consulted.” And just so you know where I stand, I have a really hard time with someone preaching from the pulpit who has never walked a mile in the shoes of… me, or you.

If you have done tons of research, okay, I’m going to cut you some slack, because you’ve done your homework and analyzed the masses… but this article is fraught with conjecture. “Raises are then determined by the boss, and the boss’s boss, largely as a result of the marketplace or the budget,” Culbert writes at one point. Says who? Says a survey? Says in-depth interviews he’s conducted? Where is the research? How about a case study? Just one case study – please! Because, I know that in all the organizations I’ve done HR in, that wasn’t how we did business. Honestly, the article reads like he has an axe to grind. And others are jumping on the bandwagon too.

I can give Culbert credit as he presents the alternative – a concept called the preview, “problem-solving, not problem-creating, discussions about how we , as teammates, are going to work together even more effectively and efficiently than we’ve done in the past… descriptive conversations about how each person is inclined to operate, using past events for illustrative purposes, and how we worked well or did not work well individually and together.” I think that’s awesome. He goes on to also recommend that the “preview” not happen just annually, but whenever a manager or employee feels like they aren’t working well together. That sounds good to me, too.

But let me ask you something… doesn’t it feel like Culbert is writing from a place where he assumes ongoing conversations about performance aren’t ever taking place? As if in most organizations, a date is set for the performance review and then, both the manager and employee show up for the one and only time in which they talk with each other about performance, and of course, it’s all about what the employee is doing wrong? What happened to the review being… a review? A reflection on the past year and what’s gone RIGHT, and what could have been different? What happened to goal setting? What happened to career pathing?

I know there are HR pros out there who get it. You know what I mean when I say “it” – they are performance management focused rather than disciplinary action oriented. They are the ones who focus on hiring the right people for the right jobs, making sure the motivational fit is there and as a result, the performance review has a much different dynamic. So where exactly is Culbert coming from?

Now isn’t the time to ditch the performance review. Rethink it? Perhaps. Rejigger it? Okay. Maybe we can even call it something else… but with Millenials running around trying to conquer the world, and one of the hallmark traits of that group being the need for constant interaction and feedback, and some would argue the need for structure, how can you just ditch it? Now’s not the time folks…