We live in a culture that wants to pump things up a bit beyond reality, don't we?  Look around and the evidence is everywhere – plastic surgery, wall street earnings and, of course, performance enhancing drugs. 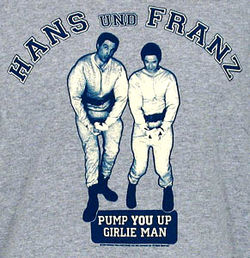 It's true in the talent game as well, as it's become commonplace to pump up the accomplishments on a resume job by job.  The tough part about this if you're a talent pro trying to sift through it?  The normal resume pump-up is tough to catch, unless you have tons of expertise in the field of the candidate.  While I'm pretty capable of knocking out what's real in the world of HR, I can't do it, with anywhere approaching the same level of detail, when I'm chasing a .Net developer.

But, there's one area that's easy to catch, hard to remove once it's part of your resume, and generally only comes back to ruin your career once you've made it all the way to the C level.  The fake degree.

More on how executives fall when fake degrees are found from Bloomberg:

Asked by news organizations if he graduated with a master of business administration degree at the University of Southern California, as his company biography says, Lanni replied that he has an honorary MBA from the school. James Grant, a university spokesman, said Lanni had taken courses toward an MBA but wasn’t granted the degree. Grant said he couldn’t verify that the school gave him an honorary degree.

“If it needs to be corrected, it will be corrected,” Lanni said in today’s interview when asked about his biography. Spokesman Alan Feldman said in an e-mailed response to questions today that the discrepancy “had no bearing whatsoever on his decision to retire.” Lanni has a wife and two adult sons."

So, here's my rundown.  For normal positions and candidates coming into your company, we run background checks which include educational verification.  But that process doesn't cover the rising stars who are going to spend a decade at your company, does it?  For those folks, maybe they never got the undergraduate or their ego tells them they need the MBA to reach the C-level of your company based on the culture.  So, they tell everyone they're working on it, then add it to the resume and the profile that's used externally for the true players in your company.

Then, they get promoted to the top, and a watchdog agency does their thing and calls "fraud" on the whole thing.  Then they resign.  Game over, you embarrassed the company brand.  You're out.  Because you thought the MBA looked good.

For the superstars, a fake degree is rarely found until they've arrived at the top.  Need more proof?  Check out George O'Leary, who lost the Notre Dame football top post over the same thing.   They plug along in your company doing great work and decide to add an impressive degree to the resume – because they can.

Then they get taken down, but only after they've reached the top, when they can be embarrassed most, erasing decades of accomplishment.  The irony…