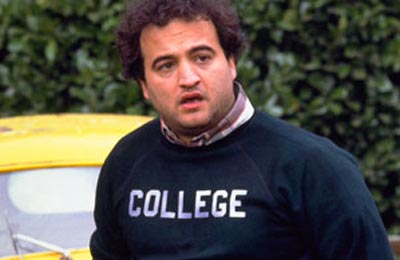 If you matriculated from an expensive private school, allow me to say this up front – I’m still your fan.  If you’re good at what you do professionally, articulate and able to point to a body of work that distinguishes you from others like you, you rock.  Seriously.

I just don’t understand why you, or your family, had to pay WAY into the six digits to get you there.  I’m sure you could have gotten into State U., even if all the townies (Like me?  That’s harsh…) decided to go there.

I didn’t get the whole cost of education thing until I was out of school and married to a fellow State U. alum.  A hoops scholarship paid most of my bills, and Angela had partial academic scholarships.  So, it wasn’t until she and I were out of school that I learned that lots of other couples had six-digit student loans to pay off.  Many were scheduled to retire the debt in their mid to late 30’s.

Here’s my point.  If you’re considering which college to go to, going to a privately held Ivy League school would seem to have some brand equity and ROI for you for the rest of your life.  I get that.  But going to a private college for 25-40K in tuition annually when the name recognition will fade after you drive 4 hours away from campus?  Doesn’t seem like the best play in a global economy.

Most of you reading this are recruiters and HR Pros.  Check out the following list of the most expensive schools in America and tell me which ones you would recognize on a resume.  From the Consumerist:

I bolded the ones I think would have national brands that get recognized by lots of recruiters, and there are obviously some great schools in there.  The problem?  The rest of them charge the same freight, and while you might get a great education, the national ROI probably won’t be there.  Union College?  I’m sure it’s great, but once you get out of the Northeast, some Midwestern recruiter is going to ask you if that’s “the junior college over by Cedar Rapids”.  You just paid more than 130K after discounts to get the sheepskin.

Final note – While all of these colleges probably have great academic reputations, the other reality is that there are thousands of private colleges that still tote 30K annual tuition price tags before discounting, compared to the 6-8K you can find at most regional public institutions.  The name recognition fades within two hours of leaving campus in a lot of those.