So you heard that we’re in the middle of a recession right? Okay, so yes, we all knew this before it was made “official” last week. For recruiting and HR pros, a recession means we’ve got a few challenges on our hands. Your workforce is stressed out. Productivity may be down. Business could be lagging so you might be reducing your workforce. The available talent on the market is getting wacky and not to mention, desperate, and meanwhile… your reqs may be dwindling or maybe you’re having a hiring freeze. But the fun has only started – because there’s more! And this is a longer-term issue. 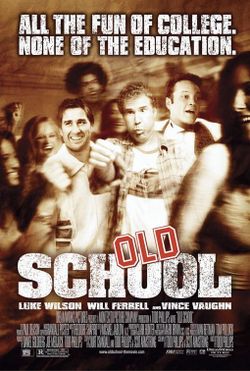 1982 to 2007. Yes, you read that right – 439 percent! In the meantime, the median family income has only risen 147 percent – and that’s not going to get better in this economy. Neither will things for higher ed institutions. Their endowments are suffering (you saw Harvard losing $8 billion right?), and inevitably, tuition will rise even higher. And soon, it’s going to be pretty tough to afford sending kids to school, let alone a kid financing it on their own.

The problem with this? Well, we’re already one of the few countries where the younger generation is less educated than its senior counterparts. And, we’re moving from a knowledge economy to a conceptual economy. So… yep. Add all that up and we’re pretty much doomed for failure. Surely there are options though. You can send kids abroad for their educations. (But not everyone can afford to even do that.) Or, you could refinance your house to pay for tuition. (That’s if only you can get approved in this new lending landscape. Tuition financing is getting tougher, too.) If you have other bright ideas, let me know. But for now, I’m going with… this isn’t a pretty picture. And if we can admit that we have a problem on our hands? We can think a bit about solutions.

So, let me ask you this: if college is becoming nearly unaffordable, will that change how much you care about degrees as far as your selection processes go? And will it make you look down less, just a little, on the community college degree? I think this could be a starting point, but in and of itself, it’s not enough. Let me ask you this too – for those individuals you may end up hiring in the future who don’t have the formal educations we might expect and demand presently, how will you address the gaps in their knowledge? If education is some kind of prerequisite for you, does this mean that in its absence, you’ll focus a bit more on in-house training & development or innovation initiatives? Because it’s raw, moldable talent, after all, that you’re going to have on your hands. It’s the same fundamental talent, just less exposed to certain ideas or philosophies.

Maybe I’m making a bit of a stretch here… but I came across the Research@Intel blog recently and a post on innovation policy. One line in particular struck me – innovation is no longer a rich country affair: innovation plays a role in economic growth at all levels of national income. Now I don’t think about the US as being a poor country – even despite the sinking stock market, we’ve got a long way to go before we’re seen as poor. But, in a time when we are struggling domestically, and access to education may dwindle significantly, it dawned on me very simply that perhaps the answer is more of a focus on innovation. It’s a conceptual economy after all. And if innovation is no longer a rich country affair – and our next generation may not be able to afford to go to college – and we already know we’ve got to find a way to better compete on the global stage… why don’t we just focus on innovation within our organizations, now? Because really, if our own lack of access to education isn’t more of a reason, then I don’t know what is.

Now’s the time to act. Challenge assumptions first about the value of education, then start thinking about ways you can take raw talent and foster innovation in them. We don’t have any other choice.