Anyway, what is a recruiter to do when they aren’t recruiting as much?

Aside from the obvious (clean up e-mail, audit your compliance reports, score some achievement points 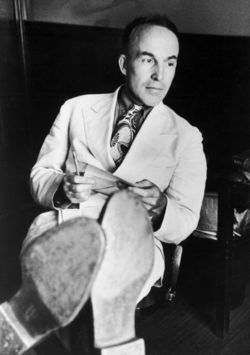 on Gears of War 2), there are a couple of key things that every recruiter should be doing.

Make sure that you keep your star candidates warm.  Just because things are slow doesn’t mean people aren’t hiring.  Many companies are indeed still hiring, just not at the rapid pace that they have been previously.  What this means, however, is that we can all afford to be picky.  So…when you find that Rockstar that you absolutely must have, chances are, one of your competitors has found him, too.

Keeping a candidate warm does not have to entail calling them every day at dinner time to see how he’s doing.  It can be a quick e-mail to say, hi and here is the status of things on my end.  What’s up on yours?  This way, the candidate always knows where he/she stands in your process. We may not have the req open this second, but we are still very very interested and want to maintain this relationship.  It also keeps the door open for them to let you know if/when they have received an offer from another company.

Also, this is a prime time to do some client management.  Learn the business.  Learn the people.  You already know about the product…learn about why a particular group within the team is exciting.  Learn about how test for this teamis different than test for that team.  Add to your knowledge the stories of some of your star clients.  Why do they love their jobs?  What have their paths looked like?  This is great material to share with that rock star you are trying to bring in.  Candidates love to hear stories of success within the company.  It helps them foresee future success for themselves.

Finally, this is an opportunity for us to become true partners in the decision making process.  We have much more opportunity (time) to screen the heck out of potential new hires.  Instead of sending a group of 10 qualified people to our hiring managers, why not send 2 or 3 rock stars that we feel really strongly about.  It’s a great time to move beyond keyword resume searches and our favorite behavioral interview questions and really dig into past projects and future goals.  Recruiting isn’t all about the numbers…especially when you’re not paid per hire.

We’re recruiters.  We recruit.  But, we need to accept that our 2009 hire numbers won’t be like our 2008 hire numbers.  This year, let’s shoot for higher client and customer satisfaction numbers!