Quick: on a scrap of paper, jot down the most important element in a competency model.

Wait. Hang on. Managers, professionals, and non-HR’ists, let’s define what a competency model is for you first, shall we? It’s a fancy term for this dialogue: “Give me someone who is a good communicator/natural customer advocate/strong delegator and I’ll turn that person into a great lawyer/salesperson/manager.” This is the essence of competency modeling, so if you’ve ever said something like this, you’ve done it. Go YOU!

More broadly, competency modeling is the process of determining what core skills a person needs to produce results in a given job. Core competencies for students include personal responsibility, research skills, and self-discipline. For accountants, the list may include aptitude with numbers and detail orientation. And for entrepreneurs, a stomach for risk. Competency modeling allows you to make an apples-to-apples comparison between, say, two attorneys with incredibly different styles. It’s also what can help you avoid the trap of thinking that someone who’s good at a function would be a good manager of that function… but that’s a story for a different day. In big companies, competency models are generally done by having managers name and prioritize a list of skills that they think are relevant for a given job.

What consultants like myself do are “help” these managers by providing pre-validated lists of 52, 60, 62, 71, 126 or more competencies. Personally, I don’t think I could manage 70+ competencies; there’s too much stuff already occupying the necessary brainspace. So in the models I use, one has 21 competencies and the other, 4. That’s right, 4. Why four? Because competencies are kind of like letters of the alphabet in the final round of the Wheel of Fortune: when the dust settles, everyone pretty much wants the same ones.

So, back to the original question: On a scrap of paper, jot down the most important element in a competency model.

Now, how’d you do? You live in corporate America. Did you hedge by writing down something vague and change-managementy, like “leadership” or “executive sponsorship?” Or did you go tactical with something like “manager involvement,” or alliterative like “competency competence?”

The answer may surprise you. Here it is: “The stomach to use it.”

Because not even the best competency model can overcome a lack of will. 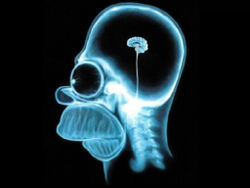 leaders’ willingness to get down and dirty:

Method #1: The emotional reality of competency models are systematically ignored by the analytical quant-jockeys who implement them, and no one catches it.

Cause of death is that at no point during planning/execution does anyone help managers prepare for the ugly side of the development conversation. Normally, when a competency model succumbs to this type of failure, the path looks like this:

Somewhere in a gorgeous, marble tower, 23 year old “specialists” assess, validate data, and move pixels around a ppt slide as if playing a game of virtual Jenga. Their project manager de-emphasizes one-on-one coaching for managers during a budget review. Remember, the project lead has never had to fire anyone; she just opts to not use the bad consultant on her next project… so to her it sounds silly that a manager would need help learning how to talk to a subordinate. Never mind that these tough conversations bring competencies to life; it never crosses the PM’s mind that telling someone, “Your analytic abilities are not strong,” might be taken as, “Sorry, I’ve already filled the department quota for stupid,” and that that interpretation could lead to problems.

What makes more sense to Boy Wonder and crew at Justice League HQ is that with a better understanding of the model, the manager will naturally come to the right conclusions on his/her own. This resonates better than consultants’ analytical perspectives, so out comes ppt again, in come HR generalists or kids who—if not for the windows in first class—might not know the sun rises and sets M-Th, and in come managers for “training.” Managers are lectured on definitions of “initiative,” “resilience,” and “analytic ability” as if they’ve never heard these words before. Managers leave the training rooms having learned everything except how to look at someone and tell him, “You’re not going to cut it… but here’s a job I think you’d be good at,” without reducing the person to tears.

And at no time during this whole debacle does anyone from the leadership team raise a hand to say, “Ahem…”

Method #2: Leadership forgets/ignores the “what for.”

Death here is slow, drawn out, and mercifully painless. Upshot here is that leadership are too soft to cut out players who “don’t hurt” the cause in favor of players who will inject some energy into the system and help the cause, and so the competency model slowly morphs into something that reinforces the status quo rather than challenges it.

This type of failure may start with flawless design, implementation, and execution, and may graduate to accountability metrics that ensure managers focus both on results and the process of achieving them. But because leadership lacks the stomach for the ruthless pursuit of their long term goals, usage of the competency model begins to skew to the less challenging, like short term goals and the status quo… resulting in grade inflation, delays in process improvements, and the systematic rejection of good people (who can only earn the same merit bonuses as their mediocre peers and to whom the competency model just highlights the company’s constipated systems.)

Managers who need to tell subordinates, “As good as you are relative to your peers, you’re still the one-eyed man in the land of the blind, so I’m only scoring you a 3,” lack senior level support for those conversations, so they skip them. Sclerotic decision making ensues, and senior managers are safe for another day from any truly spectacular up-and-comers who might actually make them work to keep their jobs.

To recap: want your competency model to work? Yes? Then put some courage into it.

Help your managers figure out how to have brutal conversations about interpersonal warts, personality defects, and intellectual limits. Help them get over feeling like a fraud when they give someone developmental feedback. And for goodness sake, keep your eye on the prize at all times. You are in business to win, you have a vision of victory, and the competency model is a tool to help you get there. Focusing on your objective—at all times!—is the best way to stay focused and keep yourself hungry enough to be able to stomach the nasty conversations that stand between.