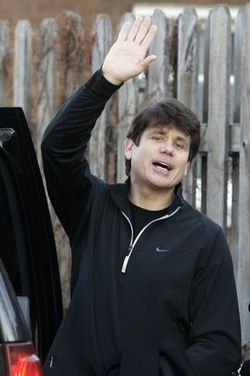 Fraud! Abuses of power! Theft! Fundamental disrespect for others… for life! Behavior unbecoming!

Frankly, my hope is that these events represent scum boiling to the top… and that this time, we have the good sense to scrape it off rather than stir it back in to the pot, as some would have us do. But hope is not a strategy. We need actionable concepts. The world’s getting dicey. Following are four such ideas to make it a better place.

Note: HR, I’m talking to you. Your time has come. Top business leaders, by and large, cannot lead the way to a better tomorrow. They are too entrenched in the system and have too much at stake to be credible agents of change. Yes, enlightened leaders are out there and will be critical to success, but HR can be critical EVERYWHERE, irrespective of the CEO’s enlightenment. Moreover, for all the pressure, business will continue to wield power well after they’ve jumped the shark, which for the record, I believe occurred on December 2, 2001, and you can significantly impact business decisions. C’mon, HR, let’s see what you’re made of!

Do you like the parts of your job that require you to turn off your brain and act in the capacity of glorified box checker? No? Then why bring that fate to others? If you model the leadership behaviors you’re going after, measurement will happen as a matter of course. Two things you can do immediately to put this concept into action:

1. Pull out the files of your 5 top performers. Call them, ask how they are doing, and what resources they could use. Take notes on what they say, then compile those notes into concrete suggestions. Send your suggestions as high up in the company as you dare.

2. Send an internal email that outlines your last HR hire… the competencies used, how you evaluated resumes, and your on-boarding process. Have the new hire weigh in with what worked and what didn’t. Open yourself up!

The best protection you have against getting screwed over is information. Assuming that those in power may limit or control formal information flows, you can counter by increasing informal lines of communication. Two ways to put this concept into action:

1. Pick up the phone, call three people from different parts of your organization who don’t normally interact, and invite them to lunch. TODAY.

2. Ask a department head… maybe start with customer service (if you have one) for his/her top 2 issues. Invite the department (or a delegation) to a 1 hour meeting to focus solely on those issues. Also, invite another department that is in an entirely different area of the business. Put the issues on the table and then break the group up into small, mixed teams to brainstorm ideas. Don’t worry about the results; it’s about the interaction.

Hang in there, everyone, it’s gonna be one helluva ride… but don’t buckle up too tight: you need to steer yourself to safety!