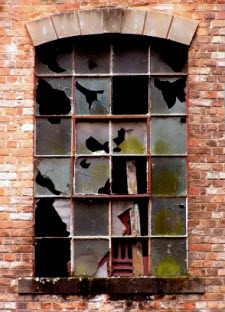 Everyone wants to work at a quality company.  Each of us wants to feel good about our place of employment and see our company's name on the "most admired" lists published each year.  It's an admirable goal and the right thing for your employees.  From a talent standpoint, it's critical.  Attracting the best and brightest – those you can rely on for superior performance year after year – is not only a function of great recruiting on the part of the recruiter, but also a function of the company's reputation in the market place.  Face it, it's easier to recruit for Google than for Countrywide Home Loans (voted wost company in America in 2008).

It's Not About the Big Stuff

When working with clients on ways to influence their employee behaviors and reinforce cultures, it seems that the first discussion is always about the "big" stuff – the program, the reward, the system.  The client almost immediately wants to launch something with a splash and show the employees they mean business with their reward and recognition initiative.

I'm not against big launches, but what's really important is the little stuff – not the big stuff.  I think we can take some direction from the "Broken Window Theory" (BWT).  While still a bit controversial among social scientists and psychologists, I believe there is enough directional evidence that we should pay attention to it.

"Thus, Giuliani's "zero tolerance" roll out was part of an interlocking set of wider reforms, crucial parts of which had been underway since 1985. Giuliani had the police even more strictly enforce the law against subway fare evasion, and stopped public drinkers, urinators, and the squeegee men who had been wiping windshields of stopped cars and demanding payment. Rates of both petty and serious crime fell suddenly and significantly, and continued to drop for the following ten years (see: the 2001 study of crime trends in New York by George Kelling and William Sousa). – wikipedia"
The concept is that by paying attention to small things like fixing broken windows, painting over graffiti, cleaning up areas of the city, cracking down on pettier crimes – it will have a positive affect on the people and a detrimental affect on crime.  By keeping up with little things in the environment it communicated to people that the area was a good place and that crime wasn't welcome.

When it comes to company culture and having a reputation that attracts and retains quality people, the small stuff is the important stuff.  If the boss adds a little to the expense account, maybe the CFO adds a little to the balance sheet.  If the person in the cube next to you treats a vendor poorly, then maybe that vendor adds a little extra to the invoice next time – or tells 100 people not to do business with you.  In fact, in November, CBS on line had an article entitled "Bad Behavior Contagious, Study Finds" – highlighting some of the research on this phenomena.  For me, steeped in social psychology and the impact of the social norms – it's a no-brainer.  But most folks blow off the effects of small behaviors.

Keeping your eye on the small stuff is probably the single biggest thing a company can do to influence culture.

When thinking about the Broken Window Theory for this post, it reminded me of a Demetri Martin bit… for your enjoyment…