Happy New Year, friends. Here at FOT, we’re a merry, jolly and happy bunch, which means it’s not beyond us to do the cheesy. With that, I present to you our lessons learned in 2008 and our 2009 resolutions – after all, what good would it be to reflect upon those lessons learned and then not take any action? And while we’re on a sentimental and introspective kick, thanks for not only being a part of this community but for welcoming us and allowing us to partake in it. The FOT blog was born in 2008 and we’ve learned more than a few lessons along the way from you – and we’ll continue to strive for improvement in 2009 while also creating a stronger community. 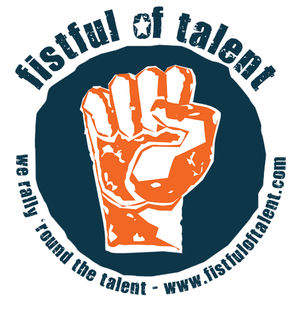 colleagues in solving HR challenges and identifying opportunities. As for a 2009 resolution? Focus on fewer, more importants and do them better, kind of like Merlin Mann’s How To Blog (especially slide #13).

Jason Pankow | 2008 taught me that things can change in the blink of an eye. One day, you’re interviewing 10 candidates for 100 positions. The next day, you’re interviewing 100 candidates for 10 positions. You can have a working routine going only to have a wrench thrown into it in the course of only a few days! My 2009 resolution…easy. Catch up on using social networking to recruit and hire at least 2 peeps from the crazy universe that is social media.

Paul Hebert | You can only count on yourself – that would be the best lesson learned. If you live and work assuming someone else directs and controls your ultimate success or failure, they will. Once you assume responsibility and accountability – and trust yourself – you begin a wonderful trip. There is nothing so sweet as to be able to say I succeeded because of who I am, or conversely, I failed because of who I am. It’s about the process of doing and being who you truly are. For 2009… be kind, attentive and focus more on other people’s needs. Success truly is the result of helping anyone you can.

Kathy Rapp | 2008 taught me to not be afraid to jump off that cliff. Stepping out of my comfort zone and my corporate HR gig to open HR Search Firm in Houston during a down economy ROCKED! I don’t make resolutions, but if I did it would either be to keep up with JLee on Twitter OR remain focused and positive as many people will need a kick of sunshine in ’09.

Kelly Dingee | Best lesson learned from 2008 would be to never say never! It’s all about attitude and probably no coincidence that one of my favorite songs from this year is Bowie’s Life On Mars. Many, many curveballs were thrown my way this year on a professional level whether it’s been learning new software, creating blog items or arguing the merits of various sources and boolean strings.  It’s truly been a year of seizing the day which has made me a better professional.  2009 is going to be about getting outside of my comfort zone, particularly when sourcing online and blog writing, I’ll be pushing the envelope which will only bring better things.

Jessica Lee | 2008’s best lesson was an oldie but a goodie – invest in your network, strengthen the relationships, and make it less transactional. My network isn’t huge, but the strength of the ties are strong. I typically don’t make resolutions, but for 2009, I will try to work on being more present. I’m a hyperactive multitasker + am always thinking about what’s next, which means I sometimes miss out on some really great moments, or I don’t enjoy myself as much as I could.

Maren Hogan | 2008 taught me that nothing, and nowhere is truly “secure” which is why a blog like Fistful of Talent is so valuable. Letting people know how the HR and Recruiting functions think, work and act helps them make decisions about what to do NEXT. For 2009, I am going to focus on quality. I’m going to ease up on myself a little bit when it comes to blogging and see what ideas naturally come rather than any “forced blogging.” My focus will be even more on marketing the company and the job seeker and on the interpersonal relationships that started the whole HR function to begin with.

Tim Tolan | When it comes to search consultants on my team – I could have done a better job at admitting I made a hiring mistake and cut my losses. You can be nice, empathetic and a great mentor/coach all day long – but in the end, if you hire the wrong people it doesn’t matter. In the future, if a search consultant is not performing – I will move much faster to make a change.  2009, I’ll try not to over-commit, even if it means letting others down. I have to set boundaries of how much time and energy I am willing to give to people, projects and initiatives based on my workload. I will do a better job at saying “No!” Life’s too short.

Kris Dunn | My best lessons learned were to never eat alone, and never say no or avoid taking the time to connect with people who find you digitally (blog, twitter, etc.) on the phone or in person.  Some of the sharpest people in my network came from those sources, and I’ve learned you have to migrate to speaking with them interactively to unlock the relationship. My 2009 resolutions are to get my LinkedIn game ramped up, do something to create a new micro-community of HR pros who really get it,get about 40 hours of raw family video edited and organized on-demand on the web, and use Twitter so much that all the type A’s at FOT who live there will get off my ***…

Jennifer McClure | The past 3 years have taught me the importance of networking and developing relationships. I saw exponential growth in 2008 as I expanded my networking beyond face-to-face interactions and LinkedIn to other “social networking” tools like blogging, Twitter, Facebook, Ning groups, etc. If you participate, share and help others (in person or via the web), people are very generous in return; you’ll find that they want you to succeed. In 2009, I want to focus on communicating gratitude and thanks to those who give something of themselves to help me. I plan to set aside time regularly to write “Thank You” notes or find other meaningful ways to let them know how much I appreciate my great network of friends, family and business relationships.