A few decades ago, Stanley Milgrim famously discovered that people’s sense of obedience is greater than our sense of personal judgment. 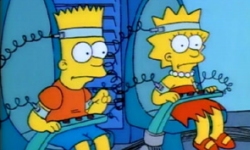 question. And though subjects could hear the strangers’ screams as the power of the shocks ratcheted up, two-thirds of them followed instructions rather than stop the experiment. (Note: the strangers were actors. No one was hurt. Still, psychologists rewrote their code of ethics because of Milgrim’s work.)

Milgrim’s findings are disturbing on a lot of levels. The social implications are enormous. But, so too are business implications that have been almost completely overlooked in nearly half a century.

Based on Milgrim’s findings, we can deduce that our focus on formal org charts and job descriptions will lead to twice as much inappropriate use of statements like “I can’t help you, that’s not my job” as actual problem solving. This has nothing to do with an individual’s “lack of initiative.” It is be explained entirely by Milgrim’s findings: humans are more obedient than conscientious.

Think about that: as much as two-thirds of the “laziness” problem we have in business is the direct result of our current management practices!

So, what should you do to make your organization stronger, more effective, more efficient, and more resistant to economic shocks (not to mention more humane)?

Ditch the hierarchy, flatten the structure, remove the reserved parking signs. Ruthlessly dismantle any hierarchical structures that are not absolutely imperative to smooth-functioning operations. In their places, install communications tools to help disseminate goals, stories, and expert advice to every corner of the company.

Let me repeat: sharing goals instead of job descriptions, victory stories instead of best practices, expert advice instead of scripts, and case studies instead policies will increase the level of initiative shown by your employees.

Bothered by Milgrim’s findings? Me, too. So do yourself a favor, and make sure your company isn’t a working version of his laboratory.