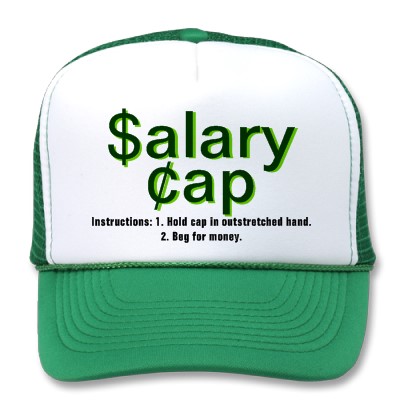 The cause célèbre today is CEO pay and by extension, overall pay transparency, performance-based pay and letting a government entity manage what used to be a free-market concern.  While on the surface, it seems to be a good idea – less hidden pay, less excess, more connection to performance, more oversight – I can see why it makes sense to some.

One of the key elements of any incentive and reward activity is to look for unintended consequences.  In other words, what will increased transparency, capping CEO pay and a greater connection to performance mean in the real world?  How will these ideas manifest themselves if (and when?) they go into effect.

Well, we have some history to look to for guidance and I’ll take a stab at some of the possible outcomes I can foresee.

This isn’t a new concept.  In 1993, then President Bill Clinton signed a law restricting the tax deductibility of executive pay to $1,000,000 effectively giving those in that stratospheric pay range a huge incentive to find other means of compensation.  Enter the creative mind of the financial world.  People were given more perks that got around the cap – giving them bonuses in stock when they hit certain goals.  This is where stock options really hit their stride – and, thanks to the bull stock market of the 1990s, made everybody far wealthier than they would have been using the old pay structure.  So, the last time the government got involved in CEO pay, we got fabulously wealthy CEOs, and now we don’t like it.  See what I mean about unintended consequences?

See #1 – we tried that and we didn’t like the outcome.  The problem is that there will be few people who will agree on what performance metric to use.  As an example, If we use share price (which should benefit the shareholder) we get shorter-term management and a company that may do well for a while in a given market environment – but will tank when the world changes (can anyone say financial industry crisis?.).  Should we compare performance against historical company performance (absolute) or against the market and the industry (relative) performance?  Either is a good measure, but what is best?  Using stock prices as a proxy for performance doesn’t work.  Too many people, internally and externally have an impact on the stock price.  Warren Buffet is fond of saying he doesn’t buy stocks, he buys companies.  He does that because a stock is a representative of a company- but an imperfect one.  What would the best metric be?

Talk about unintended consequences.  One of the reasons cited for the huge salaries and pay packages available to top executives is in fact greater transparency caused by the disclosure requirements in Sarbanes-Oxely.  Congress enacted the Sarbanes-Oxley Act of 2002 in response to a spate of highly publicized business failures and corporate improprieties.  The issue they said was a lack of oversight and transparency.  I don’t want another Enron and can see why more transparency was needed but, some of the requirements of SOX may be what is driving CEO pay issues.  Specifically, once I can see what others get paid – that’s what I want.  The highest salary now becomes the minimum salary and I want more than the minimum.  While this may not be a big issue for rank and file workers – CEOs are a unique breed and their egos probably won’t allow them to be number 3 on any list.

There are few places the government does a better job than the private sector.  With all its faults and with all the news you hear… the free market is still a pretty good place to test effectiveness and efficiency of an idea, process, or product.  I get that we need some one to make sure we don’t let the market control and manage everything – but by and large the market does pretty well.

I just don’t like the government getting their nose in the tent.  It won’t be long before we see the definition of “exceptional assistance” go from taking bailout money to having greater than 80% of your business come from government contracts (I can see the argument on CSPAN happening) – ’cause if 80% of your business is coming from the government – isn’t that exceptional assistance?  While I’m not too high on our lawmakers IQ when it comes to the market – I do know their olfactory senses work wonderfully well when the scent of money is in the air.

So what should you in the HR world worry about?

How ’bout this stuff…

I, for one, am not looking forward to this stuff…