Have you seen the recent and latest hubbub swirling around social media? Apparently a social media marketing expert shared a not-so-flattering assessment about Memphis while hopping off the plane to talk about Twitter at FedEx.

Someone at FedEx saw it. 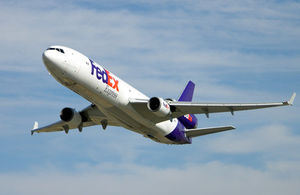 But don't cry for social media. FedEx being FedEx, they managed to fumble the situation.

"James Andrews, ‘@keyinfluencer‘ on Twitter, was flying into Fedex global headquarters in Memphis to present on digital media to the worldwide communications group at FedEx (150+) people on behalf of his employer ad agency Ketchum.

Upon arrival in Memphis something prompted him to tweet:

True confession but I’m in one of those towns where I scratch my head and say “I would die if I had to live here! 2:58 PM Jan 14th

Andrews' Tweet was picked up by a Fedex employee who emailed FedEx Corporate Vice Presidents, Vice Presidents, Directors and all management of FedEx’s communication department – and also Andrews chain of command at Ketchum:

If I interpret your post correctly, these are your comments about Memphis a few hours after arriving in the global headquarters city of one of your key and lucrative clients, and the home of arguably one of the most important entrepreneurs in the history of business, FedEx founder Fred Smith.

Many of my peers and I feel this is inappropriate. We do not know the total millions of dollars FedEx Corporation pays Ketchum annually for the valuable and important work your company does for us around the globe. We are confident however, it is enough to expect a greater level of respect and awareness from someone in your position as a vice president at a major global player in your industry. A hazard of social networking is people will read what you write."

Look, we can debate the merit and limitations communicating in 140 character blocks, but it really doesn't matter. It's not like there weren't miscommunications before Twitter… context will get misconstrued. It's what we do. It's not a character count thing, it's a human interaction thing.

The bigger story to me is the vitriol and small-mindedness of the response, which Peter Shankman posted over at HARO. The note starts out with a valid point, then offers an olive branch of understanding, before finally unraveling into an unrelated rant about corporate budgeting decisions.

It reminded me of the Oscar Wilde quote, "Nationalism is the virtue of the vicious."  (Brand loyalty here serving as the new nationalism.)  And man, that's TWICE FedEx has found itself in the middle of a communications faux pas… anyone remember the FedEx furniture guy in AZ and the cease-and-desist letter FedEx sent him?

Will they ever learn?

—Lesson from James Andrews' tweet: mom was right: if you don't have anything positive to say, don't say anything.

—Lesson from the FedEx employee's response: if the note you send is emotionally cathartic, it's probably WRONG.

(Geez, I hope the consultants currently working with FedEx don't take that out of context.)