One of the things I have always strived to do is provide value to my clients beyond our executive search services. I have a strong belief in building business relationships that are deep and wide. It serves both parties well – in good and in challenging times. I have helped clients develop sales strategies, brokered introductions with potential business partners, built compensation models and much much more over the years. I try to be a partner to my clients when they call on me. I also think my role is to be a good “listener” when they call – no strings attached.

Anyway – back to the topic at hand. I received a call last week from a client who sounded puzzled and 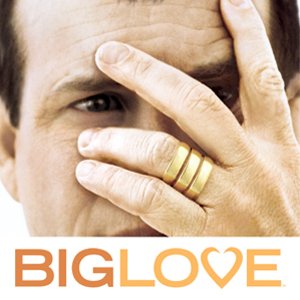 somewhat distressed in his voice mail. He wanted my advice on a critical issue he was dealing with. I returned his call and he had a real doozy on his hands. And I mean a doozy!

He hired a sales person (we did not conduct the search) last summer for his BPO software company and explained to me that things got off to a great start as the “newbie’ engaged with the team. He quickly learned the value equation and began making sales calls. That was in the first 90 days. Then something felt different. Very different. This sales wonder-boy stopped showing up for meetings, refused to return calls from the sales VP and his activity level, as measured by his sales forecast, had all but dried up. In an effort to change his behavior, the sales VP put this individual on a 90-day performance plan to measure his activity and get him back on track. Seems fair – right? He put forth (a little) more effort – but not at the pace he had during his first 90 days. But something was wrong – very wrong.

He then learned (this is a small space), through a third party, that this wonder-boy had discovered a better way to earn money in this economy – get a second job! This genius was milking two companies for two paychecks – including my client!! What was he thinking? Big Love – look out we may have a new series for HBO on how to become a modern day career polygamist! Unbelievable! He confronted the employee and he refused to admit any guilt – but there was too much evidence at the scene of the crime.

Question: What punishment fits this employee’s crime? Some suggest a full refund from the employee beginning on the date he accepted his second job. Others suggested contacting the other employer and blowing the whistle (loudly) on this guy. I say throw the book at him!

OK – let’s hear some feedback from HR professionals across the US. How would you handle this situation? Just curious…