We’re all trying to step up our game with social media, whether it’s recruiting, knowledge transfer/management or otherwise. Here’s my struggle though: to get buy in for social recruiting, some of you probably need some metrics to build a business case and show the ROI, right? Because maybe some of your old-school recruiting or HR cohorts see you on Facebook and Twitter during work hours and can’t help but to think you’re just having fun (or wasting time?), yes? Understandable. So, how do we measure social recruiting to make the case for it?

Why Social Media to Recruit?

First, let’s simplify things and get on the same page with 3 reasons to use social media for recruiting: 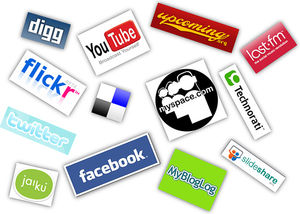 There are lots of resources out there to get you started on the “how” and “what.” I liked the two lists of five social media tools for recruiting and HR pros to use in 2009 (giving you ten!) by Jennifer McClure as a starting point if you’re new to this realm. Our friend, the Social Media Headhunter, Jim Durbin, also has a good case study on how to use social media in recruiting over on ERE.net.

Next, let’s think about possible metrics and measurement tools. Across different industries, methods to measure social media are growing with some interactive marketing agencies even filing patents for methods they’ve developed… and that’s promising with some parallels to social recruiting. But even now, I think that there are some basic measurements we can use:

Of course, all these measurements aside, the proof will be in the pudding with percentage of hires you make using social media which will have to go up over time if you’re to continue social recruiting. And, when the numbers don’t support the latest and greatest network or site, then change your technique or move on… but don’t be hasty and keep in mind that when you source using social networks, you have the bonus of also establishing a presence/enhancing your employment brand and the fruits of deepening or establishing relationships through conversations.

And yes, there’s still the issue of social media’s perceived time-suck. Try using a tool like Wakoopa to initially measure the actual time/usage of Facebook, Twitter and other tools/programs. You may be able to figure out social recruiting costs based on hours spent using social media…although I’d caution about getting hung up in the hours and minutes because recall the reasons we’re using social media to recruit: to build relationships, to impact your employment brand – and the time you put into those? Priceless, wouldn’t you say?

Jump in the conversation though – how else are you measuring social media for recruiting? What have we missed?