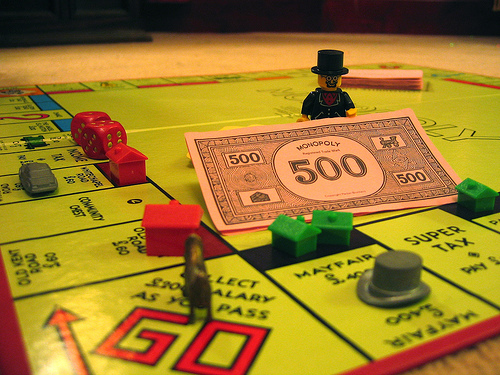 It isn’t easy being the leader of a company these days. Corporate executives have been found guilty in courts and excoriated on Capitol Hill. Now, they have no friends, are vexed and doing stupid things:

The CEO of Netflix wrote an opinion editorial in the New York Times. It was an open letter to the president asking that he and fellow CEOs be taxed even more (from 30% up to 50%).

Brian Williams, anchor of NBC’s Nightly News, says that he can’t relate to the millions of people suffering because of his millions ($10M annual pay) that he earns.

The difference between you and your CEO may be the amount of experience, skill level, industry knowledge and, perhaps, market dynamics. These factors come into play when negotiating your compensation whether it is your role or that of a senior executive. If your CEO feels guilty about their success, should you? Or is it the order of magnitude giving you safe haven?

CEO’s already “limit” their compensation. After so many wins, money ceases to be a meaningful measurement for executives. Once you can afford the college-days Top Ramen budget a thousand times over, significance starts to play a bigger role. By “significance”, I mean starting to solve other, perhaps even bigger, issues than running a company or a major part of one. Key examples include the Bill and Melinda Gates Foundation, Larry Page and Sergiy Brin’s One Laptop Per Child, U2’s One Campaign and George Soros’ Millineum Project. True, you don’t have to be a millionaire to give, but large scale giving leads to enormous impact. Successful business people give freely.

If our executives are taxed more or don’t spend their earnings, how does society benefit? Perhaps the rest of us should limit our compensation too and do our part. Here’s a short list of how executives or you and I can mitigate any guilt of being over paid:

Or, get a grip on reality and read Ayn Rand’s The Virtue of Selfishness.

Airing your compensation guilt publicly isn’t virtuous. It’s narcissism. Don’t talk about, but rather do some good.