You’ve read enough about jerks in the workplace and “no-jerk rules”, and you’ve probably come to the conclusion that the ranter and/or the screamer are the most destructive teammates you can have in the workplace.

Not me.  I think the folks who don’t give you all the information are the most dangerous.  That’s the person who will smile at you, then fail to give you the information needed for you or the team to thrive.  They’re more dangerous because you can’t tell who they are in the workplace unless you really pay attention…

I’ll call them the “Information Hoarder“.  Some folks call them non-collaborative, and they exist everywhere…

From Steve Roesler at All Things Workplace:

“I just spent 3 hours coaching a client who is now forced to deal with a highly intelligent, 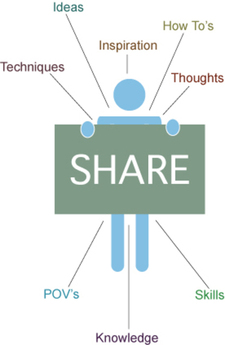 high-performing manager who isn’t viewed as collaborative. By anyone. No one at any of their worldwide locations gave him decent feedback on teamwork and collaboration. And this has been happening for a few years. (He continues to achieve all of the goals set out for him–and no one dislikes him personally.)

I sat down and spoke with the manager some months ago about these perceptions and what that might mean to his career. He understood that people didn’t see him as collaborative. His take on it is that they are universally wrong. He communicates when he believes it’s necessary. I told him that he had to simply initiate more, share more information–even if it didn’t make sense to him–and mend some strained relationships with those who thought he was actually hiding something. He listened, gave intellectual rebuttals for why that didn’t make sense, and chose not to do anything differently.

His management career is finished…at least with his current employer. He’ll probably have a shot at being an individual contributor in a specific discipline; but upward mobility is no longer a possibility.”

The Information Hoarder holds a lot of data, but likes to keep it to themselves for the sake of power.  The managers at your company will often avoid confrontation with this flavor of jerk so they can make it through the next month or quarter.

I once knew an information hoarder so focused on controlling access to information that he/she refused to share an existing customer list with new sales reps.  The solution if the new sales reps needed to contact an existing customer?  The hoarder farmed out the necessary name and number, one contact at a time, as needed.  They also gave it verbally, refusing to email or write it down.

That’s control and hoarding at its best.  Trying to get info out of the information hoarder?  Bring a lot of questions, because their logic tells them that if you didn’t ask, they aren’t lying – even if they’re thinking of questions you should be asking while you’re talking to them.