There are a couple of recent posts that had me thinking about this topic.  It started with a comment posted at one of KD’s entries.  The next was an entry by Tim Tolan.  Both had me considering…when should I, as an internal recruiter, give an external search partner access to my hiring manager?

My first thought was NEVER, you Scurvy Cur!  This is MY hiring manager and you will do all things 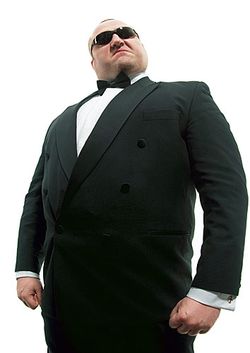 But, in reality…this isn’t how it works, nor should it be.  What’s the point of working with a third party recruiter if all I am going to do is babysit them through the process?  If I am reviewing every resume you send, why aren’t I just doing the job myself?  Still…as an HR partner, I need to be involved.  Not because I don’t trust the TPR (at least, usually not because I don’t trust the TPR), but because I need to make sure our processes are being followed.

I guess my role here would be more like the third wheel.  The big brother who’s making sure you’re the right guy for my sister.  After all, no matter how many times I have heard how a third party person has just the right candidate for my team, and how you know the industry backwards and forwards, the fact of the matter is, I know my client better than you do.  We’ve been together for 4 years, you just got here.

So, before letting my client get into your Honda Civic with the spoiler on the back, I’ll want to have a little conversation.  Don’t worry, I won’t bring my shotgun.  Typically, this conversation will be around our processes.  Being that I work for a huge company, our rules are many.  And, you need to know them because we get in trouble if you break them.  I’ll also give you any info about the team that may help.  A common piece of knowledge is, “He says he will consider someone without practical game design experience, but reality is that he has not interviewed a single person that didn’t have it.”

Then…I’ll proceed with setting up a meeting with the hiring manager and let you take it from there.  But, like the annoying big brother, I will be omnipresent.  Not because I want to check your work, but because I want to make sure all our steps are being followed.  The more you do on the recruiting side, the more time I have to focus on other positions.  But, if you’ve forgotten to attach your interview notes, I’ll be following up to collect.

Now, just so you are aware, there is a time when contact with the hiring manager will abruptly end.  As the in-house recruiting partner, I am also the bearer of bad news, to both candidates and TPRs.  People don’t like giving bad news.  But, HR does, right?  If a hiring manager has decided that they have not seen anything good from a TPR, they will frequently ping me to let that partner know that they’re done talking to you.  That’s right, much like a wronged girlfriend, a hiring manager will frequently have someone else tell you it’s over.  So…keep that in mind before sending over the recent college graduates for our position that required 5+ years experience.

Like Tim said…we need to work together.  This means all three of us.  Exclusivity with the hiring manager won’t happen.  But, we can still have a successful partnership.