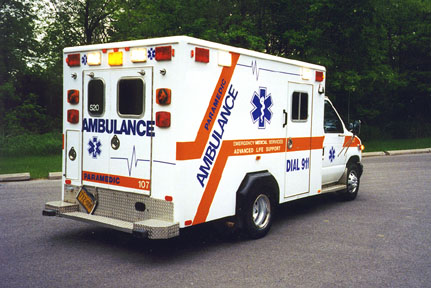 Normally, I would say that recruiters masquerading as carrion after a RIF-fest is not the best career move. Not because it’s not a great opportunity, not because those employees aren’t as smart and capable as the employees safe from the proverbial guillotine, not because it’s a conflict of interest (as this article in the Times stated over 17 years ago when this practiced was debated and yes, frowned upon) but because it only reinforces the idea that recruiters are unfeeling opportunists who are only in it “to win it”.  However, 2009 is as far economically from “Normal” as I ever want to see things get.

Instead of the idea of “ambulance chaser”, the recruiter could emerge as a “savior”, helping the client out of an awkward situation (because despite how we have compartmentalized, downplayed, excused and dressed it up, getting fired still stinks. . .for nearly everyone involved) and is providing a ray of hope, no matter how small, for the candidate. This is good news for recruiters, who are already starting to see how much a needed part of society they have become. But with this new lauded status, with all this conversation about how the black sheep cousin of HR can actually be of use, comes a more sinister slippery slope.

Okay, maybe it’s not that sinister. Maybe it’s just an expectation that every recruiter can immediately get a job for every candidate in every industry. And it’s DANGEROUS.

It’s dangerous to the candidate, who is at an extremely vulnerable and scary position and cannot afford to have his foundations in the system rocked anymore than they already are. On the flip side, while outplacement is nice, for some employees it’s not necessary. There is a whole new generation of employees that can connect themselves to recruiters who work in their field, polish up their resume, mobilize their network and create opportunities in a matter of weeks (in fact these things may already be happening). Perhaps a more generous severance package, so they can do their job search, their way?

It’s also dangerous for the client, because half the reason they are using outplacement services is because they want to “do the right thing”. But who defines that “right thing”. If a recruiter can’t help, how will the candidate feel about the outplacement services then? It will not serve one of its original purposes, which is to keep a talent pipeline full, to keep ties with former employees who could serve one day as future employees. If, despite the outplacement services and recruiters “assigned” to them, these displaced employees still can’t find gainful employment, what happens to those expected perceptions?

And it can be dangerous for the recruiters, especially now. The kinds of recruiters that would make good “job search coaches” are probably the kinds that are already overloaded with jobless candidates. Unless they have a well-placed rival client who needs these folks (assuming that company is not also laying folks off) there is little chance they will be able to make any significant debt. And even if they do have such a client and can pull off this feat, the aforementioned desire (keeping ties, filling the talent pipeline, extending the network) of the outplacement firm competes with the recruiter’s goal, leaving one to wonder, who’s out for the job seeker’s best interest?

There are ways this can work. If a large outplacement firm works side by side with a volume recruiting outfit, it would be simpler to get a large workforce placed. “Purple squirrel” candidates can be attended to by specialty third-party recruiters. I guess it’s a solution for desperate times but not one I’d pursue anytime soon.

Maren Hogan is a millennial living the dream in Omaha, Nebraska.  When she’s not plotting the downfall of Gen Xer’s like me, she’s doing marketing and development for an IT recruiting and outsourcing firm called HCI.   When she’s not at HCI, she’s blogging at Big O Recruiting and becoming addicted to Twitter…