Talented Apps!! – Surviving 5 head-to-head match ups in the FOT Talent Management Blog Power Rankings, the gang from Oracle, lead by Meg and Mark, has emerged as the champion of the little contest we put together called March Madness.

Congrats Talented Apps!!  It's no small feat to win this thing, because we had 32 kickin' blogs that 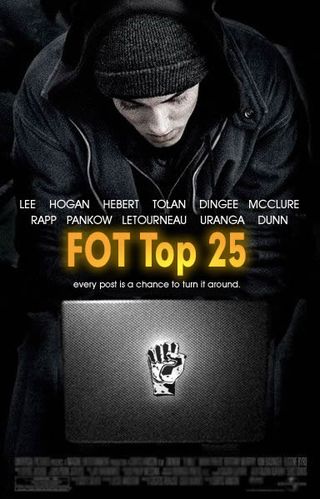 started the tournament, and it wasn't enough to simply be good and liked – you had to motivate your tribe to vote for you.  Almost 3,000 votes after starting the tourney, TA is the winner, after defeating Your HR Guy 56% to 44%.. nice….Congrats also to Lance at Your HR Guy, although I'm still on the DL after taking a beating in the semi-finals…

Here are my thoughts about the tourney we called March Madness:

1.  I like the format, although 5 rounds got a little long.

2.  The folks who were the most successful, even suprising, were the teams who could mobilize their "tribe" to vote for them.  That includes Talented Apps (big company), but also some folks with big Twitter and Facebook presences.

3.  Cinderella Stories - the multiple wins by Lisa at HR Thoughts and Mike at HR Observations.  I knew the quality was there (I'm a reader of both), but had no idea how strongly your tribes thought of you.  Now I know… Well played!!

4.  How did I lose?  Aren't I the CEO of FOT?  Who said this should be fair? Should I make a management change on the editorial side (just joking, JLee)

Congrats to everyone who played!!!