I don't think I am the sensitive type.  If people are comfortable enough with me to get into their personal skin and start cussing like a sailor, I generally let it go.  Thanks for trusting me with that profanity-laced monologue about traffic or your ex-spouse.  We're good, as long as the profanity isn't directed at me…

But can I project my tolerance for the conversational F-bomb across the rest of the workforce I support? 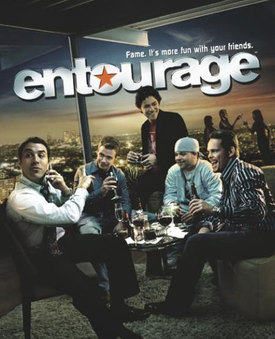 H#@* No!!  Away from work, I'd love to throw up weekly clips of Ari Gold from Entourage on this blog, but I'm not HBO.  I'm a HR blogger trying to build an online community, and there's no reason to lose 50% of my potential audience because they block my site at the first sign of a profane YouTube clip.

Some academics at the University of East Anglia (UK) think that makes me less than progressive.  The group recently published a study entitled "Swearing at work and permissive leadership culture: when anti-social becomes social and incivility is acceptable".  The study focused on the use of profanity in the workplace and assessed its implications for managers.  From Yahoo's coverage:

"They assessed that swearing would become more common as traditional taboos are broken down, but the key appeared to be knowing when such language was appropriate and when to turn to blind eye. [sic]

The pair said swearing in front of senior staff or customers should be seriously discouraged or banned, but in other circumstances it helped foster solidarity among employees and express frustration, stress or other feelings.

"Employees use swearing on a continuous basis, but not necessarily in a negative, abusive manner," said Baruch, who works in the university's business school in Norwich.

Banning swear words and reprimanding staff might represent strong leadership, but could remove key links between staff and impact on morale and motivation, he said.

"We hope that this study will serve not only to acknowledge the part that swearing plays in our work and our lives, but also to indicate that leaders sometimes need to 'think differently' and be open to intriguing ideas.

If lawsuits (see words used by Isiah Thomas) have taught us anything, it's that people have dramatically different thresholds regarding what they think is appropriate in the workplace and what they believe constitutes unprofessional behavior.   It's OK to feel comfortable with a co-worker(s) and drop some profane science on them, but do it at your own peril.  If the person hearing it thinks you are a caveman/cavewoman for using that language, you're much more likely to have issues with that person as a result, including an increased probability of taking a lawsuit naming you as a harasser.

Now get your <insert profane reference or clean alternative> back to work.