I was brainstorming the other evening with a pal of mine about her organization’s social media presence – check out the Red Wiggler Farm. (And give to their capital campaign if you feel compelled!) Red Wiggler is a not-for-profit community farm outside of the DC area that employs adults with developmental disabilities and provides horticulture therapy and vocational training. Their mission is amazing… and of course, they also grow awesome vegetables.

Red Wiggler is a small organization with a huge contingency of volunteers, but they only employ 5 full-time 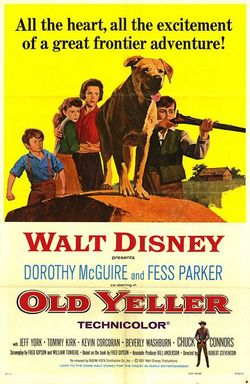 staff who actually manage the farm operations, and they have 8 on their board of directors. Needless to say, they don’t have an HR pro on their team but like all organizations, they do face the occasional people problem. They’re all human after all, and humans… well, we all have our complexities and issues, don’t we? When you don’t have your trusty neighborhood HR pro to go run to though, what are you to do? And think about how many other organizations are in this same position?

Our social media chat led to a general discussion about what people related challenges they face – and somehow, we got to talking about policies. The farm founder felt that they needed to formalize and establish more policies and specifically, he mentioned wanting to establish a policy about pets in the workplace. And I wanted to learn more because my knee jerk reaction was confusion – does a small organization of 5 employees really need a lot of policies – and specifically, a policy to address pets at work? And as a farm… bringing your dog to work would seem like a non-issue. Put the dog in the barn, or set him free to run around in the fields. Things weren’t adding up, so I dug into the issue a bit more. Here’s a summary of the facts I learned:

Like any conflict, it’s hard to distill the entire story into a series of bullet points, but think about that set of facts and then answer this – does this seem like reason for a policy? No one is necessarily doing anything “wrong” in this situation, although perhaps there could be potential for some harm given the children and adults with developmental disabilities who are around… so maybe you could construct a policy to address keeping children and the adults with developmental disabilities safe. But in a workplace of 5 people – is a policy on bringing pets to work really the answer?

My sense was that at the root of this problem and conflict, there was actually a communication issue. I asked if it were possible to have the two team members in conflict with each other, who both have in common the fact that they own dogs (and presumptively, both like them greatly), talk to each other – like really talk to each other… could this issue could be resolved? Could they reach a consensus between the two of them on what is allowable and not allowable?

Often, I think this is exactly what your typical employee relations issue boils down to. There’s a conflict about dogs at work, copy machine usage, cc-ing each other on emails too much or too infrequently – you name it. It can be a small farm of 5 employees or a large multinational company with 20,000 employees… but you have two people who are disagreeing or seeing a situation through different lenses, and likely, neither has done anything “wrong” per se, yet it’s become a conflict, and no one is comfortable talking about the situation. But talking – and listening carefully – is usually what seems to make a helluva difference. And this is what I pushed my friends at Red Wiggler to move towards. Don’t create a policy – that’s not the problem. Maybe figure out an area to fence in the dogs, or put them on leashes during key times… but make the staff talk to each other and come to agreement on what makes sense.

And you? Maybe you too can help your small business owner friends or relatives through their people management issues. They don’t always have the resources to turn to, and you can give back by talking – and really listening – through the issue.