Every once in a while, each of us (as External Recruiters, Internal Recruiters, or Sourcers) have interesting conversations worth sharing.  Some are informative, many are myth-busting, and a few are mind-boggling.  Here is an example of one with an organization that has doubled their staffing spend over the last 12 months by believing the hype and searching for a magic bullet.  Today, they have little to nothing to show for their 'investments' and are very close to exhausting their entire FY09 budget:

Them: "Josh, we've basically done everything we can.  We've had 3 contractors who came 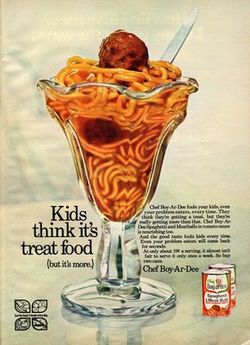 from 'Recruiting Excellence' award-winning companies join our staff and they struck out.  Their response in regards to lack of production was along the lines that at their other companies, they were used to 'handling volume' instead of having to directly source from the competition.  Although these contractors were from these award-winning companies, I realized that we weren't living in the same recruiting reality as them.  They spent the bulk of their day waiting on incoming resumes and filtering old ones so they could do a quick phone screen and submit the candidate to the hiring manager.  From there, we brought in a few well-known internet sourcing trainers, but to be honest, their stuff didn't do much beyond show us search results in Google.  In many cases, the resulting data was old . . . in others, it didn't mean we could do anything with it.  Then we brought in one of the larger recruiting training firms to help our recruiters, and while we learned a few things, we're still not hiring better candidates in the needed timeframes. As of late, we've invested in an advanced sourcing platform to lay on top of our existing job board investments . . . but a big part of me sees this as throwing good money after bad.  So here's the bottom-line: This year alone, our staffing spend has basically doubled . . . and we have nothing to show for it."
Me: "Wow, I can feel your pain.  This is a tough market.  It sounds like you were betting on speculative results that didn't pan out – somewhat like buying real estate in hopes the property value would appreciate . . . that is, before the bottom fell out.  From where I'm standing, you were looking to invest in training, channels, and technology with the hopes of big returns that simply didn't result.  Look, the truth is that most of the consistent award-winning recruiting organizations have massive budgets, strong employment brands, and their challenge is resume volume, not direct sourcing.  In terms of Internet Research, the reality is that there is a big difference between what the military calls 'information' versus 'intelligence'.  You can act on intel, but information alone holds little value.  For example, knowing who someone is doesn't mean you can recruit them.  As far as Sourcing Platforms that lay over job boards are concerned, the elephant in the room is that the results can only be as good as the resumes being put into the job board.  If they're poor, relative to your desired profiles, then don't expect big-time results.  Anyway, how can I help you?"
Them: "Well, as much as we hate the idea of paying executive search fees, we feel as if we have no other choice.  Sure, we tried BountyJobs, TalentHire, and RecruitAlliance, but all we received were the same candidates that our sourcing platform pulled off of Monster for us.  I mean, I don't blame the recruiting firms because we refuse to speak to them in the first place.  Put it like this: I liked the idea of offering way lower fees, but ultimately, about 1 in 15 resumes we received were actually worth taking a look at.  So, we've doubled our staffing spend from last year and have nothing to show for it outside of a social networking presence that has helped us with our entry-level roles, but not much else.  And since we've spent so much of our budget, we can't pay more than 20% on a direct-hire fee."
Me: "I wish I could help, but I can't.  Your recruiters are going to continue to struggle and until you fix the root cause of your real problem, you can spend and spend and spend and you won't see much more than an incremental improvement, if that.  In all honesty, your current strategy isn't much different than opening your window and throwing dollar bills out of it."
Them: "What do you mean?"
Me: "You're trying to sell a meatball sundae.  Strong candidates aren't going to leave their current position to join your firm for 15% less total compensation, a non-existent relocation package, and a $3k tuition reimbursement plan.  It's just not going to happen.  As much as I hate to turn down business, you're asking me to essentially recruit the bottom 10% of the market that is currently employed at your competition.  Put simply, your value proposition is the weakest in the market and as a result, the word on the street is that your company is looking to tread water instead of make some serious waves."
Them: "How do you know what our competitors are paying?  What do you mean our value prop doesn't compare?  Out of all the consultants and fancy solutions we've purchased over the last 12 months, nobody ever told us what you're saying.  It was as if I'd tell them our issues and they'd lay out a chinese menu of options on a pricing chart."
Me: "Yeah, that's Sales 101, right?  Find the Client's problem, magnify it, explain how your solutions will fix the pain, and then get the invoice signed.  My recommendation is to kill your meatball sundaes.  Reinvent your value prop to become more attractive to strong performers.  Stop paying for consultants and technology you don't need and actually fix what's wrong.  If you can do that, I'll help you turn your performance around by getting you some real movers, shakers, and difference makers.  Oh, and when you begin taking steps to fix the real issues and actually focus on getting great candidates hired, think about how a few points on the direct-hire fee matters very little at the end of the day.  The couple grand more you'll spend with my firm to get a great candidate hired instead of a good one is half a week's pay for a contractor at $100 per hour.  Except in my case, you actually make a guaranteed hire."

The Client called back 3 hours later to agree to the fee structure, but more importantly, requested assistance with a full vendor review.
Share this post: Share on FacebookShare on TwitterShare on Linkedin