I recently had an interesting conversation with a hiring manager.  He wants to interview a current contractor on his team for a full-time role.  However, he is having some reservations.

Mainly…this guy has trouble showing up for work.  When he does come in, it’s usually around noon or 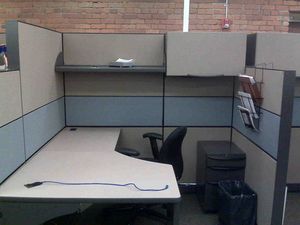 so.  He’s missed meetings, missed 1:1s, and is often hard to find.  Hearing this, my immediate thought is, “Why are we even talking about this guy and, more importantly, why is he still contracting on your team?”

The reason this guy is still around is that, when he is working, he’s a freakin’ machine!  He may not be at his desk, but he’s putting in the hours.  Much like me in college, he’s often online at midnight or 2 in the morning.  He’s still putting in 50+ hours per week.  And, the work he cranks out is great.  He’s found and fixed problems that could be major. He’s stepped up to work on new challenges facing the team and had great success.  In general, he’s impressed a lot of people with his raw talent and abilities.

But, then…he misses an important AM meeting, and everyone goes, “Gawwww!”

We don’t work in an environment that expects you to be chained to your desk from 9-5.  We encourage people to set their schedules and just do a great job.  Telecommuting is made very,very easy for us so that, on a fine sunny day when we would rather work outside than in our office, we can.  Or…we can just work from home and start our weekend a bit early, as long as the job is done.

I think, if one decides to go forward in a situation like this, two things are important.

—First, from an HR point of view, it’s important for me to outline what our culture expects from our employees.  Sure, we make it easy to work from home.  But responsibilities don’t lie only in your production.  Senior people are expected to serve as mentors to more junior people.  We want to grow the talent on our team, and that will be a real challenge if you’re always working remotely.

—Second, it’s really important that the hiring manager sets expectations around what defines success in a particular position.  Practices that can be tolerated by a work-horse contractor cannot become practices of a full time employee, of which much more is expected.  Success in this role is defined, not just as being a kick arse programmer, but also in being a rock star teammate who helps the team become better as a whole.

If we decide to move forward, are we essentially condoning his behavior?  By knowing beforehand what we’re getting and hiring him anyway, are we telling him that we’ll continue to look past his absence?  Maybe.  But, an important factor about making the switch from contractor to FTE is that your overall performance affects your bottom line.  Raises, bonuses, stock and promotions are all dependent on your total contribution.  If we’re condoning it by hiring him, he’ll see a big rebuke come review time.