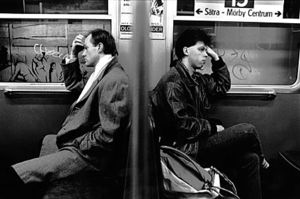 I am not sure when it last happened to me… but the other week, I had a candidate turn down a job offer. In this economy? I know. And it was a great, fair offer. The feeling of rejection? Slightly piercing. Okay, deeply piercing. I mean… it’s been a while since I’ve had anyone reject me for anything… a date, a job. It just isn’t something I’m used to! Ha! I kid! Being rejected though… it reminded me of an ongoing disagreement I’ve had with my best friend on his dating strategy and the parallel lessons for recruiting.

My BFF? He’s a good looking guy. He’s handsome, charming and sweet. He has a good job, no particular oddities or freakish tendencies and he’s a ton of fun. I love him to death and think he’s a great package – I even dated him myself at one point. If I had to liken him to an employer, because after all there’s a point in all of this, he’d be one of those great places to work and have a kicking employment brand. People are drawn to him and he doesn’t have to do much recruiting. But in some ways, he has a bit of a retention problem as at 34, he’s still single. His turnover rate? Well, let’s not go there because that would make ME just another statistic. There’s voluntary and involuntary turnover though. He’s ready to meet “the one” though. So what gives?

My theory is that it’s his approach to dating. He casts the net wide, pulls ’em in, and because he’s a great catch, he always has lots of options. The kicker though? He juggles multiple gals at once because his theory is that he should have backup options. If one gal doesn’t work out, he wants to have alternatives who are lined up and ready for him. So on any given night when we are out on the town, I can watch my BFF working his phone and flirting with any or all of the dames. And it’s entertaining, trust me. (Except for those fateful nights where they all show up at the same place in which case I have to run some major interference. Oi vey…)

My issue with his approach? He’s too unfocused. I have long nagged him that each and every one of the gals he “talks to” can sense that he’s not entirely present. There’s just no way he can really give a gal the attention she deserves and probably wants out of him because he’s spread too thin. He’s not fully engaged – with any of them. If he really wanted to court someone? I have always argued that he should focus a bit more and give his attention to one girl a time. A gal can tell after all when her suitor is distracted so give her complete, undivided attention and then if she’s not the one, move on. Yet my BFF thinks that it’s opportunity lost. He doesn’t want to be left standing in the cold alone if the object of his attention doesn’t pan out. He wants a pipeline of gals.

But back to my declined job offer… We were all in love with the candidate and thought she was the one. We pulled out all the stops – the equivalent of red roses, love poems, wining and dining and all. I was singularly focused on her and getting her in the door… but then she said no thanks and I felt like I had been dumped and left out in the cold. And I can’t help but to sit here and wonder if maybe my BFF is on to something.