One of the things I've learned?  Email wars don't really benefit anyone.  I know, I know, you're right about your issue.  No one cares, especially if you start heaving email barbs around Outlooksphere.  Especially if you try to call out those who outrank you, even with a veiled barb.

Case in point, this direct report of Marc Andreessen, who thought he had the high ground, as reported in 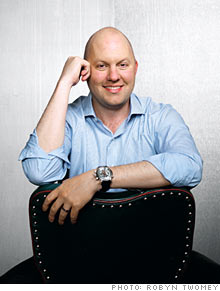 "Ben Horowitz was toiling as an unheralded product strategist at Netscape Communications when he opened a scathing e-mail from his boss, Marc Andreessen. It was the winter of 1996; Netscape's public offering, several months earlier, had ignited the dotcom craze, and co-founder Andreessen had just appeared on Time's cover, sitting on a throne, feet bare — the very portrait of a cocky 24-year-old tech wunderkind.

But Horowitz was irked to learn that Andreessen had leaked news to a trade publication about an upcoming software release Horowitz's team had been working on. So Horowitz sent the Netscape co-founder a note that simply said, "I guess we're not going to wait until March 7" — the date of the planned announcement.

The blast back from Andreessen: "We are getting killed killed killed by Microsoft! You're destroying the value of the company and it's 100% server product management's fault. I'm just trying to help. Next time, do the f***ing interview yourself. F*** you. Marc."

Hello… Questions?  No one wins in email wars, except maybe those who have so much power they can tell you that without fear of reprisal.