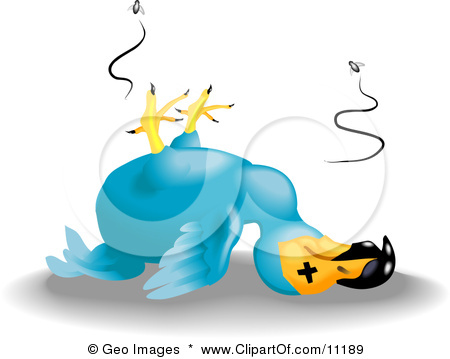 Recently, I attended a local panel discussion on “How to Sell and Close Candidates” and as you might expect, the room was filled with Recruiters – both corporate and third party types – interested in learning tips and techniques to recruit the best candidates. While waiting for the meeting to begin, I noticed a man who walked into the room wearing a laminated “For Sale” sign hung around his neck by a chain of paper clips. Having recently read about a creative/desperate MIT grad who took to wearing a sandwich board to find a job, I assumed this was an enterprising individual in career transition who was smart enough to take advantage of this high concentration of Recruiters to land his next opportunity.

Since I’m a curious type, I wanted to know more.

So I walked over, introduced myself and asked what the For Sale sign was about. To my surprise, the gentleman shared that he owns a local recruiting firm and after 24 years in the business – he wants out. When I asked why, he mentioned the poor economy and stated his belief that recruiting is a dying industry. “Clients just don’t need us anymore”, he said.

Well Hello, Eeyore. Thanks for bringing me down. I’m gonna need some more Diet Coke for this conversation…

Following my brief chat with For Sale Guy that morning, several things were running through my head… As Recruiters, is it possible that we’re headed for extinction? And while I’m out attending training to learn about how to recruit the best candidates for my Clients, are they back at their offices writing “Dear John Jennifer” letters to me?  Personally, I don’t feel like recruiting is dying, but it’s definitely changing, and it’s pretty clear that Recruiters who aren’t adapting and embracing new ways of doing business are being left behind. (Nature’s survival of the fittest principal in action I guess.)

Remember, I’m curious, so when I got back to my office, I wanted to do some research on For Sale Guy and his firm to see if I could get some clues as to why he was so gloomy and had no hope for our industry’s future. After a quick Internet search, I was surprised that there was no company website to be found (after 24 years in business!) and a search on the firm name turned up only a few job postings on one of the major job boards. When I looked at one of the job postings, the contact information was only an email address – recruitername@aol.com. Digging deeper, a Google search on the name of the firm’s owner turned up no hits for him in the first several pages of results (even with a fairly unique name) and after entering additional search criteria (location and “recruiter”) a bare bones LinkedIn profile was found – that didn’t include a summary or specialties, web links or a personalized profile URL. Just for kicks I also searched for Facebook and Twitter profiles and as you can probably guess – there were none.

Am I suggesting that being a successful recruiter/business owner is all about having a strong Internet presence and using social media? Of course not. Those things are only tools for marketing products and services, connecting to others, building relationships and sourcing potential candidates (which, come to think of it, are things that are actually kinda important), but they’ll never replace human interaction and the ability to match a candidate to a client’s needs (and vice versa). It’s also probably fair to say if For Sale Guy has been in business for 24 years, he’s had some success in his career – up to a point. But he’s bailing out today -probably because he’s failed to adapt, change and grow (evolve) and the economic conditions have only served to expose that truth rather than cause the problem.

Are you doing the right things as a Recruiter to prevent your picture from ending up in a Wikipedia entry alongside of Dinosaurs and Dodo birds? Recruiting has evolved across the centuries from in-person to phone to newspapers to email to Internet job boards to social media – and now it includes all of those tools (and more). As pointed out recently in an article on Workforce.com, Recruiters must “adapt or become extinct”.

What do you think is next for us in our evolution? I want to know – because I’m staying in the game!

“The reports of my death have been greatly exaggerated.” – Mark Twain

Jennifer McClure is a Vice President at Centennial, Inc.,a Cincinnati-based recruitment and coaching firm, where she’s charged with strategic recruiting efforts, executive coaching and business development for the firm. Send her an uncustomized LinkedIn invite at your own peril…