Not a love shack, an innovation shack.  You thought something else? Sorry about that…

The fun thing about doing HRD for a company, that's not afraid to think outside the box, has to be the possibilities.  Look around you and combine what you know with what's going on in the world, or more specifically, pop culture.  Case in point – contests like the biggest loser, opportunities to market mentorship programs along the lines of the Apprentice and forcing groups of employees to live together as part of a bigger brainstorming/innovation project.

What's the last one all about you ask?  More on the art of corporate cohabitation from Business Week: 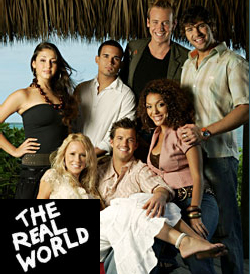 groups of salespeople in their 20s and early 30s and asked the strangers to room together for 10 weeks in a Los Angeles apartment complex. On the agenda, besides hanging out at the beach: coming up with businesses the electronics retailer could roll out quickly and cheaply.

Believe it or not, the arrangement worked. Today, in a dozen stores in greater Los Angeles, Best Buy offers a service called Best Buy Studio, which provides Web-design consulting for small businesses. Jeremy Sevush, a former sales-floor department supervisor in West Hollywood, came up with the idea and then worked with executives to launch the venture only a couple of weeks after he moved out of the company apartment last May.

"My friends joked and said I was joining 'Real World: Best Buy Edition,'" says Sevush, 29, referring to the MTV (VIAB) television series that features a youthful cast sharing a home. "Living together and knowing we only had 10 weeks sped up our team-building process. We voluntarily worked longer hours, talking about business models while making spaghetti."

Extreme brainstorming sessions like Best Buy's may be common in the tech sector, where programmers and engineers are sequestered so they can better focus on the next breakthrough. Now other companies are turning employees into temporary housemates, too. Whirlpool (WHR), for example, packs eight sales reps off to a house in Benton Harbor, Mich., to cook and clean together for seven weeks under a program called Real Whirled. By thoroughly familiarizing themselves with Whirlpool appliances, the company hopes, salespeople will become sharper marketers of the goods.

Best Buy retained former IBM (IBM) manager John Wolpert to create and oversee its innovation project. Wolpert, who runs Team upStart, a consultancy in Sunnyvale, Calif., had used a similar real-life approach at IBM's Extreme Blue incubator in Austin, but never before at a retailer. He charges up to $75,000 for each 10-week immersive session, including room and board for employees, who are assured they'll get their old jobs back. "There's something magical about taking smart people out of their safety zones and making them spend night and day together," he says. "You have to prioritize on steroids and be absolutely ruthless to prove what you want to do can be done."

Interesting stuff.  Off course, there's a host of stuff that would seem to present liability by shacking the kids up, but isn't that the command and control administrator coming out in me?

Six words – "Get the waiver and handbook signed".  Before they pick bedrooms.