I love Fast Company (Mag and on-line) primarily because they tend to focus on companies and people who do things differently and are successful – whether those companies and people are popular or not (if you haven’t checked them out do so, often).  Last week they had a piece on-line “The Kanye Curriculum: 7 Ways to be successful” by Kanye West in his own words.  The piece is actually a powerpoint type presentation that is pure Kanye, and mostly quotes and snippets about leadership – which I were great in a very common sense sort of way. The 7 Leadership tips, according to Kanye:

1.  Know Your Worth:  If you don’t know what you bring to the table, you are going to have 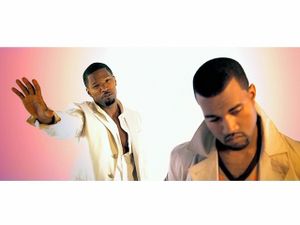 2. Believe In Your Flyness: Nothing says leadership like confidence! Kanye says, “Would you rather have 100% from an average person, or 10% from someone outstanding.”

3. Conquer Your Shyness: Name a shy great leader? (I couldn’t either – I could come up with quite-confident leaders – but not a shy one.)

4. You can learn more from a critique, than from a compliment: Agreed, common sense.

5. If everyone thinks it’s right; You’re doing something wrong: This one could cause some debate – but I entirely agree with this statement.  If I’m the boss and I’ve surrounded myself with people who only say that I’m doing everything right; I’ve got big problems.

7. Question Anyone Who Questions You; and Question Yourself All the Time: Self reflection and self insight are two great leadership traits – without them you start believing your own words.

Leave it to a 32-year old American Rapper that grew up in the middle-class suburbs of Chicago, raised by his mother, who was a college English professor, to teach us common sense leadership lessons. While the wording might be different from the books we pick up at Barnes and Noble – the meaning comes through loud and clear – plus Kanye had to keep it real for the peeps!

Remember – BELIEVE IN YOUR FLYNESS…