Gather ’round, children! Time for a lesson on using criminal records in employment decisions. Not a sexy, fun topic, I know, but what a freaking reminder after the arrest of Harvard professor Harold Gates Jr. the other week. Wow. That was kind of an awkward story, wasn’t it?

In case you totally missed that headline – here are your cliff notes. Harold Gates Jr. is a prominentscholar 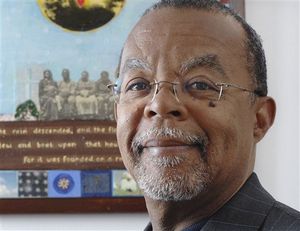 and history professor at Harvard University. He returned home from a business trip and had to force open his jammed front door. A white woman who worked nearby called police to report a possible break-in. The police arrived to find Gates inside his home and asked him for identification, which he refused. The situation escalated and Gates ended up getting arrested, was charged with disorderly conduct and spent a few hours in custody.

Any way you cut it, this was an ugly situation. A black man suspected of breaking into his own home as reported by his own neighbor and then subsequently arrested in his own home. Ouch. Even Obama called out the police in this situation saying that they had “acted stupidly” (although later he admitted he could have calibrated his words more carefully in the controversy…). So much for post-racial America, I know. The President is calling for this to be “a teachable moment” to improve relations between minorities and police officers though… and I think we can also use this as a teachable moment for HR pros.

The reality is that this probably happens more often than you might read about or hear. Yes, in 2009, and yes, in “post-racial America.” Maybe it isn’t always a Harvard professor getting arrested… but that’s precisely what made this incident so shocking to many. And the conversation about the intricacies of race and law enforcement is not one that’s had often enough, or loudly enough. As an HR or recruiting pro though, are you connecting the dots on how and why this matters to you? If you do criminal history checks at all, then this is your problem as the concern of course boils down to racial profiling, disproportionate arrest records and disparate impact. Heavy topic, yes, but very, very important. The basics for you:

–Racial Profiling: A police practice in which a person is treated as a suspect because of his 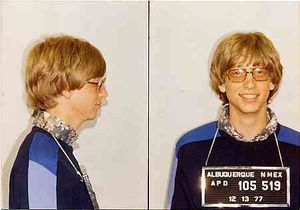 or her race, ethnicity, nationality or religion. This can include the police investigating, stopping, frisking, searching or using force against a person based on such characteristics, instead of evidence of a person’s criminal behavior.

–Disparate Impact: A legal theory for proving unlawful employment discrimination based on the idea that some employment decisions and practices, as a matter of statistics, have a greater impact on one group than on another.

And here’s where the EEOC stands on the matter – because of racial profiling and racial biases, certain minority groups are disproportionately arrested and therefore, their policy stance is to not consider arrests. (Also, here’s a good study by the Human Rights Watch on race and drug arrests specifically.)

The Gates incident reminds us of the very reason why arrests are a tricky, slippery slope… not a fun topic, but something we’ve gotta talk about. Teachable moments… let’s grab at them when we can.