Is HR dead?  I say no, but I've got more information related to that question.

The additional information? Employment law "experts" are killing my profession.  You're like the buzzards 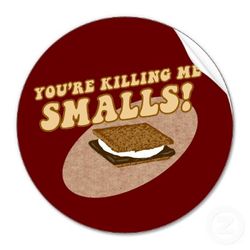 picking at the carcass of a not yet dead mule.  Can you at least wait until the animal is dead?

Oh, I forgot.  You only care about promoting your little section of the world, which is risk management from a legal perspective.  In the meantime, you scare, intimidate and generally freeze the average HR person from adopting tools that can help them do their jobs better, get more respect and generally free themselves from the stereotype that they're nothing more than advanced secretaries paid to say "no".

My profession deserves better than you.  Way better.

Why the rant?  I cringe when employment law experts wax poetic about the dangers of anything, like those included in this article on the dangers of using social media to recruit.

Dude, didn't you hear?  You are sooooo going to get sued. These lawyers quoted by Workforce Recruiting say so:

"Some employers now rely heavily or even exclusively on Twitter or LinkedIn to fill open positions. While this approach may create short-term cost savings and new efficiencies, it may also skew applicant pools and trigger discrimination lawsuits.

According to the latest data from Quantcast, only 5 percent of LinkedIn users are black and only 2 percent are Hispanic."

Of course, finding diverse candidates has always been a problem, and HR pros have always had to resort to targeted recruiting to fulfill their needs in this area. That's the issue that requires specific and targeted recruiting whether you're using social media or not – all the OFFCP wants to know is what you did from a "Good Faith Efforts" standpoint to make sure you had diverse candidates.  But wait!  That's not the only issue according to these employment law experts:

Some of the information recruiters gain from Facebook or MySpace pages, such as race and gender identification, would normally be available on applications or in interviews.

“But identifiers that might not normally be apparent, such as religion, pregnancy, age and sexual orientation, may be revealed on social networking sites,” Mollica notes. “The risk is that visiting Facebook or MySpace pages or even Googling candidates may reveal information that no employer should have in a properly constructed application or interview.”

Consequently, recruiters must think carefully about what they may find before they troll social networking sites."

Here's the issue with this kind of advice.  There's still a sizable percentage of HR pros out there who are risk adverse to their own detriment, and slow on the uptake to use new tools, especially those involving technology.  So, they read cautionary tales like this and it reinforces the laziness at times, with the rationalization going something like this: "Hey, I've read several places that I can get sued for using those tools".

So they keep posting to Monster for their recruiting needs and never develop connections in their geographic or professional communities of interest that would help them exceed the expectation of those they serve.  They refuse to google candidates, and apart from the protected identifiers outlined above, they miss all the signs that someone is fantastic (or a freak), which means the talent they do get is average.

PS – your CEO wants you to google candidates.  He doesn't like freaks.

They could have done better, had they only had the courage to break out and use the tools.

HR deserves better, and it deserves the full truth from employment law experts.  Listen to lawyers, but don't allow them to scare you away from tools that can help.