The best time of year to watch Major League Baseball is the Playoffs, or potentially Spring Training, since it’s 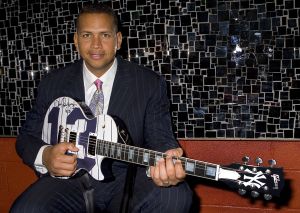 really the only time you can get close enough to really see why these guys get paid what they do.  I have to admit it, I root for the Yankee’s (but only if the Tigers are out of it).  The reason I root for the Yankees, is not because I jumped on the band wagon (ala almost every University of Michigan fan in the state of Michigan – yes, that was a shot for those non-Michigan graduate fans still trying to catch up), it’s a very simple story that started in Omaha, NE about 8 years ago when my oldest son first started playing baseball and his first team was…the Yankees.  Ever since,  he has been a Yankee fan, his great-grandmother came from New Jersey and was a Yankee fan – so he had some family encouragement and so we usually root for the Yankees this time of year (since the Tigers don’t make it there as often!). Plus, Derek Jeter came from Kalamazoo (yes, that’s in Michigan), so we have a local guy to root for as well.

Ok, now that I have that off my chest…

Watching the Yankees this past weekend make it to their 40th World Series, being led by Alex Rodriguez and company, got me to thinking all the talent that organization has.  Sure the Yankees pay for their talent – always have, probably always will – and by the way, so could every other organization if they decided to. The Yankees have taken on the position, they are going to be market leaders when it comes to pay scale, so naturally almost every player takes a look at them when it comes time to decide who they should go and play for.  Arguably, Alex Rodriguez (A-Rod) is one of the greatest players of all-time, and the greatest player of this generation – but, before this post season, get was knocked for not showing up in the playoffs.  Let’s just say he had a hard time even hitting his weight in his previous playoff games, and with runners in scoring position, he had a hard time even hitting his age!

In the regular season action, over his career, A-Rod has been a monster – and probably the only guy who could command $300M+ contract and you feel like you’re getting your money’s worth.  So, is a guy who performs his best, and better than anyone else in the company, day-in-day-out through the year, but bombs in the biggest client meeting of the year an “A” player?

Without a doubt, A-Rod is an “A” player in 2009 – they guy is hitting like 500 for they playoffs, and the Angels actually walked him with two out on know one on in the 9th inning leading by 1 run. Baseball purist would tell you, you never bring the winning run to the plate – but that’s what they did with A-Rob (the Angels would have rather taken their chances to lose facing any other Yankee, then allow A-Rob to tie the game – that’s huge intimidation!).  What happens if he goes O’fer the World Series – still an “A” player – or just a new way to flop in the biggest moments of the year?

For my money – A-Rod is an “A” Player.  It’s really part of my definition of an “A” player – “Can do things, the other employees can’t”.  Many would argue without him in the line up maybe they don’t get by the Angels or the Twins. So, he had disappeared a few times in his career.  Wasn’t it Michael Jordan who said “26 times, I’ve been trusted to take the game winning shot and missed. I’ve failed over and over and over…and that is why I succeed.”

The “A” Players want to take the shot, even if they miss – that’s what separates them from the rest!