You think Kevin Bacon's got six degrees of separation?  You do too.  Consider this one from my own life.

In January of 2008, I started putting together a little skunkworks site that was almost named Talent 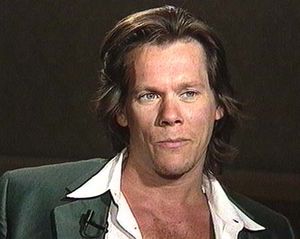 Entourage.  Good thing for me that I ran a web poll for 150 of my closest industry friends, who told me that name sucked.  So I abandoned my plan to splash borderline legal pictures of Ari Gold all over the site and went with the name the crowdsourced poll told me to put on the site: Fistful of Talent, also now known as FOT.

The goal was a multi-contributor site on Talent Management, so I needed writers.  I noticed a back link to the HR Capitalist from an obscure blog called Big O Recruiting (now called Marenated), featuring a Gen Y mom named Maren Hogan straight outta Omaha.  I cold-callled her and the first conversation went something like this:

Me: Hey Maren, this is Kris Dunn.  I do a blog called the HR Capitalist and I noticed you linked to me last week.  Love the writing style, and I wanted to call you and see if you had any interest in becoming a part of a blog I'm starting called Fistful of Talent.

Maren: Who is this? Fistful of what?

Maren (interrupting): I can't really hear you, let me get off this VoIP phone, call me back on my cell.  Who is this again and what do you want?

Me: <thinking finding writers is going to be a lot harder than I orginally thought>

Maren had the right type of voice for FOT, a little snarky and willing to have opinions, and she was kind enough to join as a charter member of FOT.  Now, Maren is still on the banner at FOT, but hasn't written anything for a long time.  That's OK, because she'll always be a member of the first team at FOT whether her picture is still on the site or not.

Maren started networking heavily in the recruiting industry and introduced me via phone to Jason Davis, who runs RecruitingBlogs.com (congrads on reaching the 20K members mark!), who's been kind to FOT from the start.  A bit earilier in my career I had taken a 2K flyer on a couple of months service at a company called Jobster, who promised a new way of connecting with candidates.

Jobster didn't work for me.  No big deal, because all services aren't the right fit for all customers.  I just wish they wouldn't have tried to keep billing me for 2 years.

As I got to know Jason Davis's background, I became familiar with the stroy of Recruiting.com, which was a domain that Jason owned and sold to Jobster.  I also realized that in many ways, Recruiting.com was the "original FOT" before it was sold to Jobster, a place where recruiters posted articles and built community.  I've also been told that part of the promise of Recruiting.com died when Jobster acquired it, and I've always had the opinion that they bought the domain on spec and then didn't really know what to do with it.

Flash forward to HR Tech in Chicago last week (9/30/09).  I walk up to a ledge overlooking the expo hall and look on at the sea of humanity.  There among the pop up buildings is a display for Recruiting.com.  I do a quick web search and find this Cheezehead article that shows that Jobster changed its name to Recruiting.com.  Interesting.

I never got to the booth for Recruiting.com at the show, which is too bad.  As I sit here writing this, I've gone out to the Recruiting.com site and watched the video and read the copy.  Recruiting.com is the new name for Jobster, and they're positioning themselves as a PRM (Prospect Relationship Management) provider.  From what I can tell, they're not a ATS, they're something that works with your ATS.  It's a hard message to get through all the clutter that's out there right now.

I also thought that Recruiting.com is a category killer of a name that has broader application.

Whatever.  Good luck to them.  When I saw their booth at HR Tech, I immeidately thought about the six degrees of separation that make up all of our lives.