The main thought I’ve had?  In order to make the true cultural play when it comes to your performance 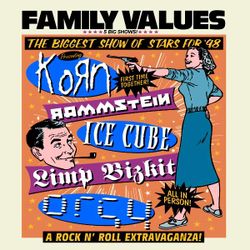 management system, you’ve invariably got to make some of your current team members uncomfortable and possibly even make them think that they don’t belong at your company.

Stay with me on this one and we’ll discuss after the jump.  More from KI’s Byron Abramowitz over at the HR Technologist:

“Every company has a specific DNA which defines who they are and what makes them successful.  For Oracle, their DNA is wired in such a way that their M&A process includes acquiring anything that they feel is a threat to them in the market, and their sales organization aggressively seeks to win every deal.  For Apple, their genetic makeup is wired around simplicity in design, allowing form to follow function, and creating an such a strong aura around their products that they can command premium pricing for what is typically a commodity (computer, cellphone, etc).

In the HR Technology space, SuccessFactors has a specific DNA as well.  They have experienced a fair degree of success in developing their platform organically and building their staff around the hiring philosophy of “No A-holes”.   What this means is two things; SuccessFactors isn’t likely to hire someone from Oracle (see above), and they haven’t built out their capabilities through acquisition of other vendors like some of their competition.  As a result of these decisions they have built a successful company full of nice people, and have a technology platform which is largely built upon a single set of standards, has a consistent look and feel throughout the suite, and tightly integrates from one process to another.

So let’s take Byron’s examples (although there are plenty of people out there who would claim that SuccessFactors doesn’t practice what they preach when it comes to the “No A-hole Rule”) and think about culture.  How can an Oracle employee take a glance at what is most valued at SuccessFactors and see if they fit and vice versa?

Corporate Values? I doubt it.  Most of the Values and Mission statements are so far removed from daily activity that they’ve ceased to become useful as gauges on how work is actually done in a company.

My preference?  If a company truly wants to drive culture, they ought to put what they really value on the old “Company X Values” section of the Performance Review.  You know where to find that, right?  It’s usually the section 2 of a mature performance review process that comes right after the position specific goals and objectives.  The Goals and Objectives section of the review is position or individual specific, but the Values are usually the same for all talent at the company, rated for each employee as items that are consistently expected out of every position in the company.

Unfortunately, it’s usually soft things that are included in the Values section.  For example, consider the competency “Integrity” that’s often included in this section of the review.  How can someone exceed your expectations regarding Integrity?

Right – they can’t.  You only know Integrity is a factor when it’s not there.  That’s why it doesn’t belong in the values section of a review. It’s impossible to rate or distinguish if someone has more of it than their peers.

Instead, work on your culture by forcing meaningful dialog on items that your company really thinks separate the stars from the ditchdiggers.  I recently worked an exercise with a company peer of mine and had the peer list the 5 things that successful people at our company have that are critical to individual success.  One of the ones he listed was “Ambition”.

Ambition as a corporate value.  Think about that for a second.  Many will disagree, many will squawk.  It feels mean.  BUT – if that’s what is valued at your company, don’t you owe it to your OD and performance efforts to be truthful with your employees?

Work on your culture by being honest regarding the values you promote in your performance review process.  Larry Ellison would be proud.