I've been told, on more than one occasion, that my sense of humor is a little different. For one, I laugh at inappropriate times. And as you can imagine, that means that there are those very awkward moments where I'm the only one laughing and then people stare as if I'm completely crazy. Which is precisely what happened the other week when I was watching the movie Up in the Air. 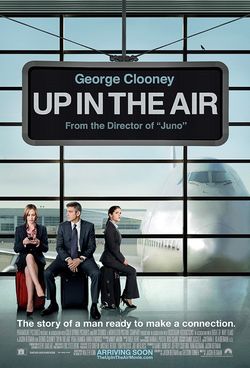 Play along with me if you haven't seen the movie. Imagine. In one of the early scenes, they cut to a series of people being let go and play their reactions one after another after the news has been delivered. You watch individual after individual flashing before your eyes saying things along the lines of…

You can't do this to me.

I have a family at home to feed.

What can I do to reverse this decision?

I just need one more chance.

I've worked here for twenty years and this is the thanks I get?

What do I tell my kids?

How am I supposed to pay my bills?

And truthfully, I couldn't help but laugh. Really hard. Because of course, as a semi-jaded HR person, I pretty much could have predicted the words that were going to come out of their mouths because I've heard these things before. And if you too have been in the position of laying people off or terminating for cause, I'm sure you've heard some, if not all, of these exact same things as well. You probably could have recited the lines along with the actors. And because predictable is at times funny, you might have laughed as well. Until you looked around and realized that like me, you are the only one laughing in the theater because, of course, … losing your job is no laughing matter. I felt like a complete ass for my maniacal laughter.

Fast forward a week or so later after watching the movie and doing some "research" about the film to potentially write a blog post about it… and I learn that they hired actual people who had lost their jobs to play some of the individuals who were being let go in the film. Smart. Really smart, actually. They hired real-life unemployed people and had them recreate the reaction they had when told that they'd be losing their job and then filmed all the mess of emotions that goes with that. Genius. Except of course that this only made me feel like an even bigger ass than when I was in the movie theater, because let me say it again: losing your job is no laughing matter.

I know that there are folks who are sharing great lessons learned from the film – about how to or how not to let people go from their jobs… all very good stuff. But me? I'm still honestly stuck thinking about my inappropriate laughter and how pitiful, if not dangerous, it can be to get jaded in this gig which, after all, is all about people. I hate to be dramatic, but here's one way you can easily boil down what your gig as an HR pro is: dealing with people in life changing situations. Offering them jobs that could mean income that is needed to put a roof over their family's head. Providing affordable health insurance that means security for those just-in-case situations. And then there are the times, unfortunately, where you may have to be involved in ending their vital stream of income for whatever reason. And I think it's fair to say, no one wants to deal with a jaded HR pro in situations like those.

Sure, it's kind of silly of me to have fiction, a George Clooney movie no less, teaching me such a lesson… to not be so jaded and to remember that job losses aren't funny… but I guess it's better than continuing to laugh and make an ass of myself for being so heartless. So go watch the film. Is it Oscar worthy? I dunno about that. Is it entertaining? Kind of. But if it does for you what it did for me, I think you'll be better for it, because we don't need a profession full of cynics when, after all, we're dealing with real people and real life.

See ya at the movies.