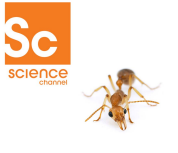 Watching the Science Channel the other night got me thinking about HR.

A bit of a non sequitur, eh?

But, seriously folks, I was watching a special on ants.  Yep, the little picnic crashers you love to hate.  The announcer was highlighting what happens to an ant colony when it comes under attack by a predator or other intruder that threatens their home.

What he meant by that is the ants immediately begin protecting the young larvae and the queen.  While there is some division of labor in an ant colony, and some ants will go into fight mode (remember the first rule of fight mode is you don’t talk about fight mode) the majority of the ants race to the pink and blue painted chambers and begin moving the little squirmy guys out of the attack zone along with the Queen.  It didn’t hit me right away but for some reason I couldn’t shake the line… “secure the colony’s future.”

The Biology of Business

A company is similar to a colony of ants.  An ant’s goal is to do what is necessary to survive and thrive.  A company should be no different.  As I thought about the economic situation we’ve been through in the last 12-18 months, I realized that most companies do the exact opposite of the ants.  While the ants are running around protecting their future, companies are protecting their past.

We Don’t Need No Stinkin’ R&D

In most, if not all cases, companies will lay off those outlying areas of the company that are not immediately connected to the revenue engine of today.  They layoff the R&D groups.  They layoff the non-client facing people.  They layoff sales folks – then marketing.  The last to go are those who are attached to current client work.

To put this in the ant world, it would be like the ants throwing their children to the predator in order to save the workers.

Ants and Organizations Should Have the Same Goal

Companies are organizations – no different than an ant colony.  I wonder if organizations should take their cue from the ants and realize their ultimate goal is survival of the species, not just the current colony.  Companies should look to the future and protect their ability to survive, not simply protect what they have already built.

As an HR person, or an Exec tasked with “surviving” – remember to protect your future.  Don’t throw your young into the mouth of a predator in order to protect what you’ve already built.  Take time to think about where the future of your organization will develop from – protect that as well.  And, if you don’t know where that is – well – you’ve got bigger problems than the current economy.