Why is it so hard for managers to get it right?!

My brother was recently recognized by his boss and was so insulted by the gesture that he started looking for a new job the very same day. As with most recognition, it’s meant to make the employee feel good, build morale, and keep them around longer, but this boss blew it and he’s not alone.

My brother had been working for his company for almost four years. His team had just completed a huge project that was going to bring in a ton of money. The manager called a meeting, thanked the team for their hard work, and handed everyone an ipod. 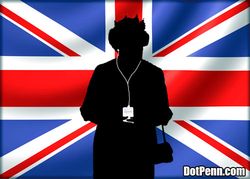 Who gives a deaf guy an ipod?!

Sure, this is an extreme (but very real) example of recognition backfiring in one’s face, but smaller examples happen all the time. Some common examples include giving chocolate to a diabetic, steak house certificates to a vegetarian, crappy company swag and other non-personalized gifts to superstars.

Time commitment #1 Gathering information. Sit down with each and every employee to find out what motivates them, how they like to be recognized, and (as importantly) what de-motivates them. By involving employees in the creation of individual, as well as group, recognition programs you are more likely to hit the nail on the head when it comes to delivering the recognition.

Time commitment #2 Getting the resources. So many managers are quick to comment that there is no company-wide recognition program. Can you say ‘lazy excuse? Take the information you learned by sitting down with your employees, personalize it, and create a program for your team. Need a budget? Fight for it. Need supplies? Buy them.

Time commitment #3 Delivering the recognition. Thinking through the delivery should take as much time as the actual delivery. Some people like to be recognized in front of a group, others would die in that scenario. To some, a letter home to their kids explaining how much their parent means to the office would be incredibly rewarding, another might just want a beer.

Let’s face it, almost every manager out there has bought an ipod for a deaf guy (figuratively speaking of course, I hope). It happens. We get busy and caught up on other things, but in the end, isn’t keeping our employees motivated and engaged the most important part of our jobs? Next time, lets do it right.

I know the deaf guy with an ipod story isn’t the worst one out there. What’s the best/worst recognition story you have?