In the last few weeks I’ve spoken on two panels regarding social media to audiences of HR pros in Houston. During one of them, I asked the event organizers if they had seen a difference in the level of engagement, types of questions, audience size/make-up, etc. depending on the city they had been to. Since they do recruitment symposiums in a number of cities, I figured it was a valid question.  And the answer was what I expected – the more “progressive” the market, the better in touch the HR audience was with social media stuff.

This somewhat ties in with my hypothesis about where top HR talent hangs out.  Multiple, stellar HR people are in regions of the country where the HR world is more aggressive with regard to their own networking and professional development.

But my hypothesis kind of irks me as there is no reason there can’t be multiple talented HR people across the country.  I believe in some cities there can be a lack of effort by the HR community to push to become better networked, share their experiences and learn from their peers.  We host complimentary HR professional development events with fabulous speakers who are primarily top-level HR folks.  They are free, convenient and the topics are relevant to what HR needs to be concerned with; yet I’m amazed at the “average” level of attendance. 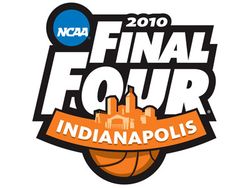 This year’s Final Four helps to make my point about development.  Butler University – my high school had more students – is in the Final Four.  Why? The program was built to be a contender.  Butler hired Barry Collier in 1989 who then DEVELOPED and promoted current coach, Brad Stevens, who had his own development plans.

“It (Butler) won because Stevens has always believed that given the local base, given the quality of his university, given the recruiting appeal….that a Final Four could happen.”

“If you don’t believe it, you can’t achieve it, ” Stevens said.  “This program has been built on that foundation of, ‘hey, where you’re at is great…but success is having and excellence is being.’ You have success, but if you want to continue to have it at a high level, you better be excellent.”

Butler is where they are because of planning, depth, coaching and talent willing to make themselves even better – and the HR pros at these recent professional development events were working to make themselves even better, and I applaud them.  The market pays for unique skills, and by taking advantage of development opportunities, networking and asking tough questions of each other and their organizations, these folks are incrementally adding to their future successes – and paychecks.

Don’t be the cobbler’s children – – go out and get some new high-tops by taking advantage of the many opportunities to develop yourselves, your teams and ultimately your organizations.  Who knows, your HR team could be the next Butler.