JLee and I are going to be at the Social Recruiting Summit in the Twin Cities in May – see more details here.  She’ll be leading some 15 minute, mamby-pamby quick hit session on mobile recruiting, while I’ll be hanging out on the front row, working all day long and doing what hosts do – alternating between Starbucks and Gatorade while trying to be clever when introducing speakers who shut down the hotel bar the night before.

Five bucks to the first person at the Social Recruiting Summit that goes Tyler Durden on me:

Tyler Durden (You): How’s that working out for you?

Tyler Durden (You): Being clever.

Tyler Durden (You): Keep it up then.

As I was looking at the lineup of speakers for the Twin Cities, I thought about this little nugget from the first SRS that was held on the Google campus in 2009. 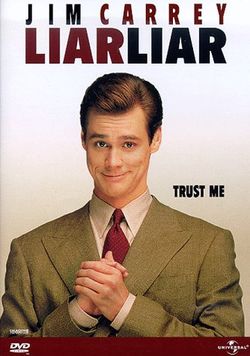 Think about that one for a second.  Wait for it – there you go – the clarity and realization that if you’re truly looking for “what’s up” with a candidate, you need to rely on the LinkedIn profile.  Why is that true?  Because there’s a community of co-workers, friends and past colleagues that always have access to the LinkedIn profile, and there’s no such community with constant visibility to a random resume the candidate sends in, and you have no means to circulate the resume to that type of community to fact check.

The result?  As Reid Hoffman discussed at the Social Recruiting summit in Spring 2009 – people won’t lie in public via LinkedIn.  With that in mind, the core elements at play in most LinkedIn profiles – the titles, the dates, etc. – are always going to be more accurate than the resume.

Here’s the tricky part – when you’re looking for a candidate to unfold what they did at ACME Inc., the LinkedIn profile doesn’t usually include the 5-6 bullet points you’re usually used to seeing on the resume, right?  That’s a key component to understanding the context of what they did.

With that in mind, is the day coming (from an accuracy and honesty perspective) when we’ll ask candidates to update their LinkedIn profiles with more detailed information on what they did at ACME?

If you have over 100 contacts on LinkedIn, I’d doubt you’ll lie in a big way.  Too much crowd-sourcing going on…