In the grand scheme of things, Sourcing (as it relates to Talent Acquisition) is a new, shiny field… so much so, that if you happen to ask a Sourcer what he or she does, you’ll likely get a myriad of different answers.  The industry is marked by lots of opinions and very little consensus.

Some people say Sourcing is only done over the phone by trying to uncover names and titles from a receptionist (or some other unknowing, unwitting employee) willing to hand over the goods.  Others say that Sourcing is finding candidates through entering Boolean strings into search engines like Google or Yahoo.  Each method is effective in its own right, depending on industry and sector.  There is one thing we know for sure, however – more and more (and more) information is now online and the Internet is more a part of our lives than it’s ever been.  In North America, mobile is about to catch up to the rest of the world (as if we’re not already connected enough as it is!)  And in that vein, the bottom line is that the most effective and efficient Sourcing is today about finding information through technology (no pun intended, of course).

At the same time, the last couple years in Sourcing have been sold as a race for the perfect Boolean string.  Boolean training has become quite the cash cow, to say the least.  Nearly ever Sourcing conference we can currently attend has more than its fair share of learning of how to type in a longer, stronger Boolean string (with better keywords, aka “Booleagra meets Booleialis”).  And on that note, I’d like to offer a few thoughts about the evolution of Sourcing:

We’d be foolish to imagine Sourcing innovation to simply end with keyword searching.  Frankly, it’s surprising to see the level of debate this premise leads to – in fact, the better part of me has to admit feeling as if semantic (concept searching) is literally being resisted as the next evolution in finding information on talent.  Is it possible we have regressed from an innovation standpoint?  The first Sourcecon celebrated semantic search as the future – Dave Copps “Brilliant!” presentation was a high point of the event for many of us.  This latest Sourcecon seemed somewhat closed off to semantic search, however – the keynote itself spoke to semantic search as it was 10 years ago, as if Sourcecon #1 never happened.  In short, semantic search has come a long way since its “black box” days – PureDiscovery, for example, is able to search the entire open-web, real-time, identifying non-obvious relationships in seconds.  Perhaps next year’s Sourcecon event will have a more balanced agenda (“No Boolean taxation without Semantic representation!”). 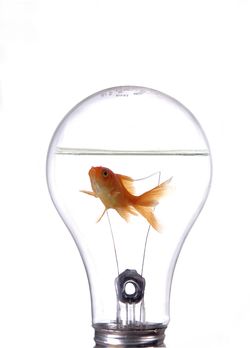 The majority of us active in social media “get it” that Semantic search is highly disruptive to the Boolean-training cash cow . . . but will the rest of the industry fall in, lock step, and also resist the value proposition of conceptual searching?  If other industries have moved beyond keyword searching, why would Sourcing remain 10 years in the past?  Or, could it be possible that our human psychology itself wants reassurance that a machine could never ‘learn’ the way that we could?  Are we potentially clinging to our version of “guns and bibles”; the notion that “the machines will never take over”, when we know deep within ourselves that we’re really not discussing a robotic takeover, but moreover nothing more than tools to make us better Sourcers and Recruiters?

The best justification I can think of is pretty simple: Would you rather our intelligence agencies utilize keyword searching or conceptual searching in an effort to protect us from terrorist attacks?  I just can’t imagine a CIA Intel Analyst, “Ok, Boss.  We’re safe — ‘Bin Laden’ didn’t show up in any keyword searches, so I’m leaving early for the day.”

The best Sourcers I know are much more than researchers.  Sourcers have an incredible ability to take in volumes of information from the open-web, in real-time,
and point out nuggets of insight among the traffic spikes and ambient,
non-discernible chatter.  Some of this information is Talent Acquisition related, some of it isn’t.  The best of the best have a knack for identifying which of this information is valuable, at which point they pass it on to appropriate parties (be it Sales, Marketing, Product Development, Operations, etc.).

In that way, Sourcing is not just backward-looking research (i.e. what candidates updated their LinkedIn profiles over the last few months), but also real-time analysis.  Some information is worthless, but some is intelligence to be passed on.  The best of the best Sourcers do this – in fact, it’s fundamental to their relationship building with Hiring Managers.  When you can provide intelligence beyond candidates, you’re ahead of the curve.

My question today is about more than innovation and evolution of Sourcing as a new field.  It’s about when Sourcing, from a pragmatic market standpoint, is going to catch up with what the best of the best are already doing right now.  See, you can’t keep super-performers in a silo for long – it’s part of the reason why they’re great . . . they break chains, they smash silos, they make connections, they become indispensable, they innovate, they evolve . . . and then they do it again.