Chances are, either you or someone you know is a fan of LOST.  Actually…maybe this isn’t true.  Because if you are not a fan of LOST, I don’t know why your LOST-loving friend would still associate with you.

Regardless…even if you are not a fan, you probably heard that last night we witnessed the LOST series finale.  After 6 years, 121 hours, multiple dead cast members, 2 god-like beings and 1 huge mess of unanswered questions, the worst candidate experience on TV is over.

Let’s take a look at the recruiting tactics that would make any company, even the Hanso Foundation, cringe. 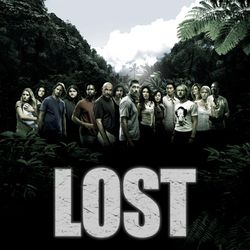 It takes until Season 3 before we even hear the name of the LOST isle recruiter.  His name is Jacob, and he’s clearly a headhunter.  He easily tracks down a bunch of passive candidates.  Candidates who A) have never heard of the place he’s recruiting for, B) are not currently looking for a job, and C) meet all of the basic qualifications.  Of course, maybe I’m giving Jacob too much credit.  The basic qualifications for this role aren’t too niche.  “Must be lonely and confused.  Preferred candidates will also come with Daddy issues.”

I’m not sure that Jacob is the most productive headhunter though.  I mean, over the course of almost 2000 years, he is only able to come up with approximately 360 names.  If I were his client, I would have ended this relationship 1500 years ago.  However, Jacob is great at getting prospects on the phone and getting them interested in opportunities.  Of course, by “getting them on the phone,” what I mean is crashing their plane on the island.

Jacob’s interview process has to be one of the most discouraging in history.  First of all, these candidates have no clue they’re even interviewing until season 6.  Or…the final interview with the big wig.  They’re not prepped and there is no opportunity for the candidates to interview Jacob; where’s the relationship building, here?

Second, they’re never asked a single question.  Granted, it may be hard to come up with behavioral interview questions around possible scenarios.  “Tell me about a time you were charged by a hungry polar bear,” or “Describe for me a time when you started bouncing around the space-time continuum,” probably won’t come with legitimate real-world answers.  But, at least throw some hypotheticals at them.  I think there are a ton of answers that could be given to, “How would you handle a situation involving a smoke monster and a sonic fence?”

Finally, let’s talk about feedback.  For candidates who aren’t hired for any job, feedback is a big part of what caps off their experience.  Jacob was not big on feedback.  For the few who had any idea they were being considered for Jacob’s role, he just left them hanging after the selection was made.  Of course, most of the candidates were dead by the time the position was filled, so maybe it didn’t matter so much to them.  However, there was one person who did receive feedback.  Kate specifically asked Jacob why she wasn’t chosen.  Jacob, who apparently hasn’t taken a single HR course in his life, told her, “Because you became a mother.”  Someone call the EEOC!

So, all in all, I think it’s clear that recruiter Jacob is the world’s worst staffing professional.  My guess is that he learned from a terrible mentor.  Probably some 3000 year old wench from Egypt or something.  But from his missteps, we can walk away with these lessons:  maintain open communication, answer questions openly and honestly, follow up with feedback, and don’t tick off a giant pillar of black smoke.

Gonna miss the show.  What am I to do on Tuesday nights now?