When the guy at the coffee bar asks me, with fake enthusiasm, “How are you doing today?”  I respond with similar fake enthusiasm, “Doing great!”  That’s the end of our interaction.  He and I want this to be a transaction with a defined beginning and end, and I want to move on as much as he wants me to leave.  There is an expectation between me, the consumer, and the coffee bar guy, the supplier, that this is a one time deal.  No relationship needed or expected. 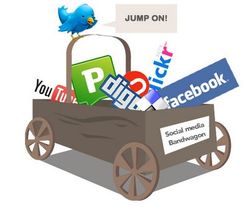 Companies used to have similar one time interactions with candidates – job fairs, help wanted signs, mass job board postings. All were processes designed with defined beginnings and endings, usually with the company in the only power position as the supplier.  It’s clear that social media is now changing old transactions into crucial new touch points though – part of ongoing relationships between employers and candidates.  Everyone has more reach.  Recruiters can use their networks to expand the breadth of their searches, and candidates can use their networks to research and share information on employers.

Reach is important, but, to me, it feels like a lot of recruiters are too focused on activity. How many people, postings, followers, fans, etc. instead of how to integrate new tools into an improved talent strategy.   Are they making awesome systemic improvements, or are they making candidates feel like they are buying coffee and just getting fake company enthusiasm back?  Bad recruiters using social media tools are still bad recruiters.  A bad process that includes social media activity still sucks.

I happened upon a post from Omowale Casselle of mysensay.com, recently:

The nature of the Social Web is incompatible with transactional interactions. Consider the example of a company posting an opening on a job board. While all applicants will not ultimately be selected to interview, it is relatively easy to quickly let those candidates know their status. However, when viewed from the standpoint of a transaction; the assumption might be that since they were not qualified there is little reason to inform them of their status. …the Social Web rewards those who take the time to understand that relationships extend beyond a single interaction…companies that are known for candidate mistreatment will find it increasingly difficult to recruit quality candidates….organizations that recognize that their reputation extends beyond individual elements of the recruiting cycle will be well-positioned for long-term success.

Casselle is absolutely right.  Relationships are one of the key benefits of the social web, but many companies are launching massive social media campaigns to support flawed recruiting efforts.  Can they actually say why and how social media will make their strategy, recruiters and processes better?  Or are they just selling more coffee to more people, no relationship needed or expected, with no increase in candidate satisfaction?  If you did not check out An Apology to All Job Seekers, by Jason Buss, you might think I am on to something.

And I’m not just throwing stones.   In the last six months, I have gone from knowing little about social media to now spending a chunk of my time trying to figure out how to best use these great tools to enhance our overall recruiting. Not just activity or an occasional hire, but actual honest to goodness systemic improvement.  So, please help me out.  What companies rock?   I am not looking for a cool company Facebook page, a robust Twitter stream or a few random hires through LinkedIn.  I want to know who has leveraged social media tools to create best in class recruiting.  Help me out in the comments section.